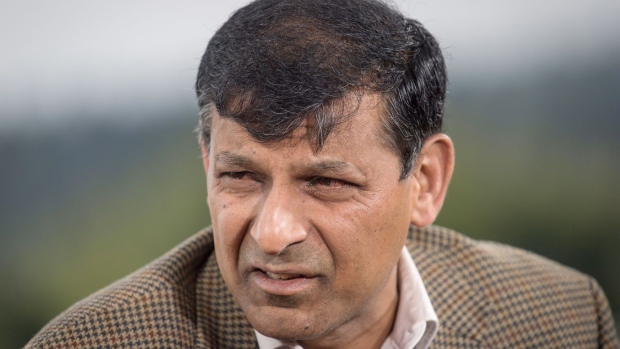 (Bloomberg) -- The introduction of a digital U.S. dollar could help democratize banking in poorer countries, but it also poses a risk to local currencies if it were readily accessible, according to former Indian central bank Governor Raghuram Rajan.

An easy-to-use electronic version of the greenback could spur people in lower-income nations to use the dollar for day-to-day transactions, something that’s difficult today thanks to the need for physical bills. That could effectively crowd out the local currency in countries where there’s low levels of confidence in macroeconomic policy, according to Rajan’s argument.

“That means that that country no longer has monetary sovereignty,” Rajan, who also previously served as the IMF’s chief economist, said in a Bloomberg TV interview Wednesday with David Westin. “It has fewer tools to deal with economic growth.”

Rajan’s comments come as the Federal Reserve prepares to release a paper on digital currencies soon. The U.S. central bank hasn’t made a decision about issuing a digital dollar, but Chair Jerome Powell has favored a go-slow approach, in contrast with China, which is already testing the use of a digital yuan.

Rajan, who’s now a professor at the University of Chicago Booth School of Business, signaled support for the Fed’s caution. He said that it’s not the central bank’s place to be the key innovator, over private-sector actors.

He also played down any risk to the reserve status for the dollar from others moving to introduce a digital currency ahead of the U.S. There are other reasons for the dollar’s ingrained status, he said, including the U.S.’s deep financial markets and rule of law.