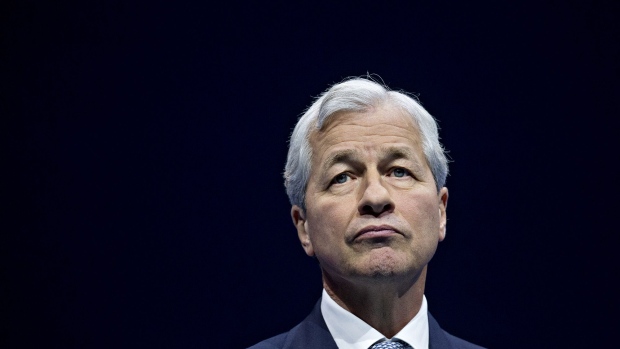 (Bloomberg) -- Jamie Dimon said the Covid-19 pandemic and the murder of George Floyd in the past year have exposed the devastating effects of longstanding and profound inequities.

“Many of our citizens are unsettled, and the fault line for all this discord is a fraying American dream – the enormous wealth of our country is accruing to the very few,” the chief executive officer of JPMorgan Chase & Co. said in his annual letter to shareholders on Wednesday.

Dimon said many Americans have lost faith in the country’s institutions, “and perhaps for good reason.” He cited institutional racism, health care, immigration and the role of business in society as among the key issues. Government, businesses and civic society must work together to “maintain America’s preeminent role in the world,” he said.

“In other words, the fault line is inequality,” Dimon said. “And its cause is staring us in the face: our own failure to move beyond our differences and self-interest and act for the greater good.”

Larry Fink, Dimon’s counterpart at BlackRock Inc., told investors that his firm is trying to improve its own diversity.

“Just as we ask of other companies, we have a long-term strategy aimed at improving diversity, equity and inclusion,” Fink wrote in his letter shareholders.

Fink acknowledged that BlackRock, the world’s largest asset manager, is grappling with some broader cultural problems, and highlighted measures it’s taking to try to improve.

“I know our culture is not perfect,” Fink wrote in his letter. “In some cases, certain employees have not upheld BlackRock’s standards. I have made it clear to employees that we want to know when that happens, and those individuals don’t have a place at BlackRock.”

The company said in March it will enlist Paul, Weiss, Rifkind, Wharton & Garrison to review diversity and inclusion matters. The decision came as Mark Wiedman, BlackRock’s head of international and corporate strategy, apologized publicly for inappropriate remarks at past work events.

Earlier this year, a former employee published a Medium post saying she faced bullying at BlackRock over her faith, among other mistreatment. Two members of BlackRock’s global executive committee were fired in 2019 for separate infractions involving office relationships.

BlackRock broke ranks with Wall Street peers recently, in agreeing to undergo an independent racial audit of its operations.