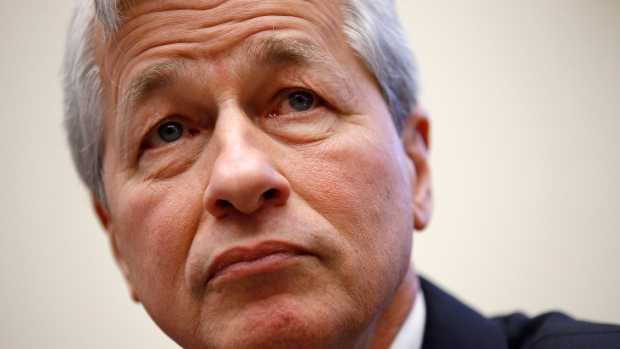 In this April 10, 2019, photo JPMorgan Chase chairman and CEO Jamie Dimon testifies before the House Financial Services Committee during a hearing on Capitol Hill in Washington. , AP Photo/Patrick Semansky, File

JPMorgan Chase & Co. Chief Executive Officer Jamie Dimon said he’s instructed his management team to look into the bank’s policies, practices and culture after a New York Times article described racial discrimination in an Arizona branch, according to a memo sent to employees.

“I am disgusted by racism and hate in any form,” Dimon wrote in the memo. “Any such behavior -- explicit or veiled, deliberate or unconscious -- is unacceptable and does not reflect who we are as a company and how we serve our clients and communities every day.”

Dimon asked employees to be “active” in making progress on that front. The bank is among more than dozen financial services firms that last year joined “The Diversity Project” to help ensure professionals in the industry are as diverse as the clients and communities they serve.

The bank also reached a settlement more than a year ago with financial advisers who say they were treated poorly because they’re black. The settlement came after six current and former employees at the time were asked to be in a class-action action.