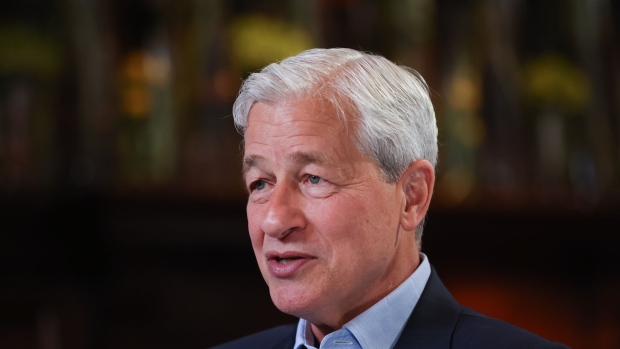 (Bloomberg) -- Jamie Dimon said the U.S. economy remains strong, and potential obstacles to growth are not set in stone.

Monetary and fiscal stimulus have been fueling strength in the economy, but countervailing forces including high inflation and quantitative tightening by the Federal Reserve are creating a combination that’s not been seen before, Dimon said. A recession is possible, but it would be unlike past downturns because of the unique blend of economic conditions acting on the economy, he said.

The investor day is the New York-based bank’s first since before the Covid-19 pandemic. Senior leaders including Dimon, Chief Financial Officer Jeremy Barnum and President Daniel Pinto are set to speak.

For a Live Blog of JPMorgan’s investor day, click here.

The biggest U.S. bank is seeking to ease concern among investors following backlash over its plans to ramp up spending to build out offerings, bolster technology and compete for talent. The bank on Monday maintained its expense outlook of $77 billion excluding legal costs, an 8.6% hike from 2021.

JPMorgan also raised its estimate for net interest income excluding its markets business to more than $56 billion for 2022. That would be a 26% increase from last year, according to a presentation on its website Monday.