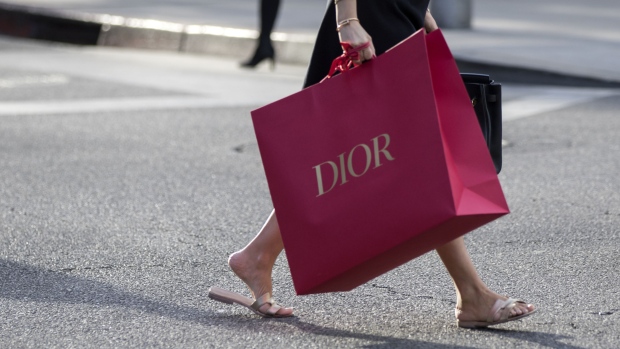 If evidence were needed of how far China has moved beyond the pandemic, perhaps the strongest was the scene at Christian Dior’s fall fashion show earlier this week at an art museum in Shanghai.

The 750 guests lined the catwalk to watch models strutting to disco tunes, one in a sequin jumpsuit, another in a bright pink dress, as Creative Director Maria Grazia Chiuri’s collection was live-streamed around the world. Those inside weren’t even wearing masks.

Asia has been a lifeline for luxury companies like Dior parent LVMH, thanks to its quick exit from the strictest lockdowns that have bogged down Europe and to a lesser extent the U.S. As the first of the major fashion houses to report first-quarter results, LVMH posted sales growth on Tuesday that smashed analysts’ estimates, driven largely by demand from the region.

That suggests more good news to come from fashion houses, even if growth varies widely across regions, brands and product categories. After recovering from a steep downturn in 2020, luxury is benefiting in particular from the appetite among millennial and Gen Z Asian shoppers for high-end shoes and handbags.

And those shoppers are increasingly spending their money at home and online, rather than traveling to the expensive luxury emporiums of Paris and Milan as they would have done pre-pandemic.

“It does seem this sector is COVID-proof,” said Andrew Shipilov, professor of strategy at French business school Insead. Luxury is “still the sector that people spend money on when they cannot spend on travel. It’s one of the winners” of the pandemic era.

The luxury goods market in China grew 48 per cent last year as travel disruptions boosted domestic spending, according to a December report from Bain & Co. The consultancy expects this growth will forge ahead, putting the country on track to claim the biggest share of the market by 2025.

“The Chinese are already the first nationality buying luxury goods and will be the first engine for this market going forward,” said Federica Levato, partner at Bain.

LVMH, which also owns Louis Vuitton, derived almost half of its revenue from Asia in the first quarter, and sales from the region excluding Japan surged a staggering 86 per cent on an organic basis. That was followed by the U.S., which grew 23 per cent. Sales were still down in Europe, where countries are struggling to control renewed virus outbreaks.

Shares of LVMH rose as much as 3.2 per cent on Wednesday. The gain increased the company’s market value by about 8 billion euros to 308 billion euros (US$368 billion), making it Europe’s largest company by that measure. That has in turn catapulted founder Bernard Arnault to become the fourth-richest person in the Bloomberg Billionaires Index, worth US$135 billion, just behind Bill Gates.

With catwalks having gone virtual for most of the past year in the dominant fashion capitals like Paris or Milan, Dior and Vuitton tried to entice customers by showcasing collections through Instagram and other platforms. At LVMH’s largest unit, fashion and leather goods, revenue surged 52 per cent in the first quarter.

“The appetite of the Asian customer is driven partially by their inability to travel to Europe,” Shipilov said. “They still want to signal their love for luxury and their appreciation for European cultural heritage; this is how they’re trying to stand out.”