Foreign direct investment into Canada fell slightly in the third quarter, but remained at elevated levels, adding to evidence capital flows are returning to levels from before the 2015 oil price collapse.

FDI totalled $16.1 billion in the three months between July and September, down slightly from an inflow of $19.3 billion in the previous quarter that had been inflated by a mega merger. Over the past year, investment from abroad totalled $65.8 billion, the most since 2015, Statistics Canada reported Thursday from Ottawa.

Thursday’s report may come as an encouraging sign for Bank of Canada policy makers, who are monitoring investment flows for signs global trade tensions are seeping into Canada’s economy. Business investment has been a sore spot, particularly in the energy sector, in an economy otherwise driven by housing and consumption.

The 12-month inflows were led by the manufacturing sector, followed by services, the agency said. 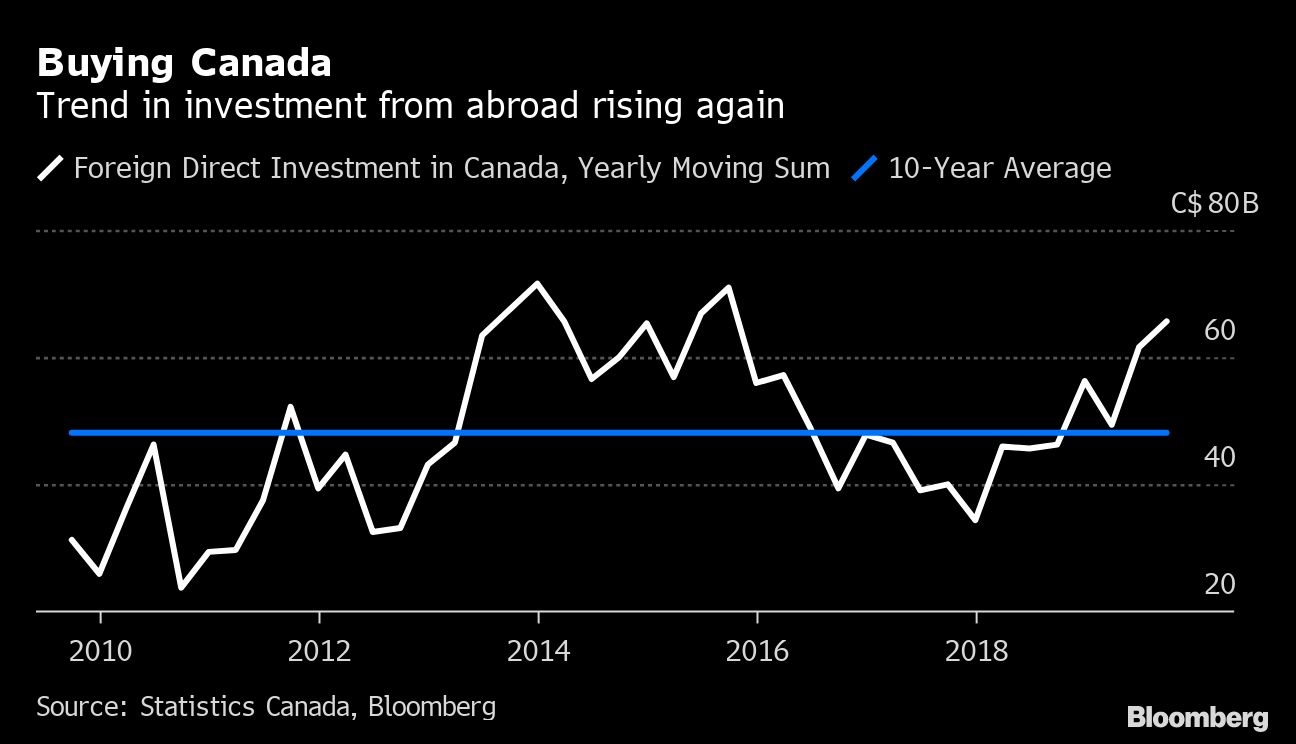