Direct selling is proving to be a retail disrupter - BNN Bloomberg
{{ currentBoardShortName }}
Markets
As of: {{timeStamp.date}}
{{timeStamp.time}} 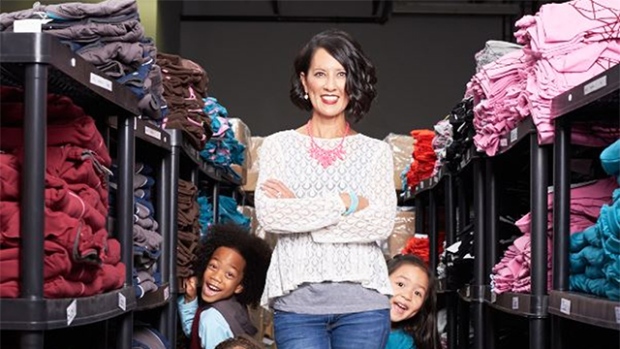 Founder and CEO, Traci Costa is creating a retail disrupter through an army of direct sales agents. Mothers, with an aligned passion for the brand. , Image courtesy of Market One Media

Consumers’ love of online shopping is a powerful disruptor of many traditional retail sales models — but not all of them.

Even as North America’s oldest retailer, the Hudson’s Bay Company, and other well-established storefront brands such as Macy’s and Sears struggle with Amazon’s impact on the retail market, direct sales operators continue to flourish.

Direct sales is experiencing explosive growth due to millennials’ embrace of social media for a wide variety of activities, including shopping. Companies like Peekaboo Beans Inc. (TSX.V: BEAN), a Vancouver-based direct selling retailer of children clothes are reaping the benefits.

The Canadian direct sales sector is proportionally smaller than its counterpart in the United States — which reported retail sales of $36.2 billion last year — but equally robust. The Direct Sellers Association of Canada estimates that the number of direct sellers has grown nearly 20 per cent in recent years and total Canadian sales range to about $2.8 billion.

The marketing model for direct selling hasn’t changed a lot since Avon emerged in the 1880s as the world’s first direct sales business. The direct sales industry still relies on motivated sales people selling in small groups of people face-to-face, typically in their homes. However, millennials’ adoption of social media is creating new opportunities for direct sellers, noted Brett Redd of Squire Consulting, a leading US direct sales consultancy.

“The cash flow associated with this industry is incredible,” noted Redd, who said social media has already had “an explosive effect.”

“We used to say that everyone has about 20 close contacts and then another 100-150 acquaintances. Now the average person is constantly connected with over 300 people. To get the word out that you’re in business, that you represent products and that people can buy through you, you reach 300 people within an hour of joining the company,” Redd said.

A seller can create a Facebook Live event or similar streaming event and give an online audience a virtual tour of a new product line, Redd added. The technology can enable a direct sales representative “a really clear way” to add an extra $800 or more per month to household income.

Peekaboo Beans is experiencing strong growth through its direct sales retail model, Founder and CEO Traci Costa said. “It’s a very, very powerful model, especially with the way the world is changing, jobs being lost and people having to really take charge of their own employment.  Women are not going to stop having children and things like daycare costs are exorbitant. The women who have joined Peekaboo Beans can really do well in direct sales.”

Today, Peekaboo Beans has over 1,100 independent sales representatives, or ‘stylists’, and continues to grow by one to two new stylists each day. Year over year growth has consistently been in double digits with sales reaching $3.5 million in fiscal 2015, and is expected to grow as it expands in Central Canada and continues its first foray into the United States. “We’re using Canada as our launch pad into the U.S.,” according to Costa.

Redd, who has worked with Peekaboo Beans, said the direct selling model works exceptionally well in “a sprawling country like Canada” where there’s a market for children’s clothing in every community including smaller ones with few storefront retail options.

For example, Peekaboo Beans has two stylists in Bonneville, Alberta, who can generate $10,000 of sales in a month between them because there are few local options for shopping.

Costa believed Peekaboo Beans was positioned for growth, but needed funds for working capital and to support the growth of her Stylist network. Costa raised close to a $1 million from Peekaboo Beans stylists before listing on the TSX Venture — wanting the women to come on as shareholders and creating a predominately female run and owned company.

“Peekaboo Beans was invited to the TSX Venture Exchange celebration dinner for new listings, and we were one of the only female-run companies that listed in 2016 — there is very little female representation of listed companies. So we’re paving the way,” Costa said. “I think the Exchange was excited to have a female-run revenue-generating company with a growth story. The goal is to continue to grow the business and move the stock upwards.

“At the end of the day, I wanted to create a brand that really celebrates childhood as a lifestyle,” Costa said. “The product is the backbone, as it promotes playtime over screen time, setting Peekaboo Bean apart in the market space.

“We custom develop all of our fabrics and use safe dying practices to ensure it’s safe for our little ones’ skin,” Costa said. “The average price point is $45 — but it’s an everyday product, a better product, that doesn’t end up in a landfill. And we make it accessible to every family’s income group because you can get the product for free or half price by hosting. It’s not just for high income earners.

“We have a very loyal customer and stylist base that continue to purchase our products each season. It’s very gratifying to be involved in a business that provides opportunities for women, promotes a healthy lifestyle for children and gathers momentum every day.”