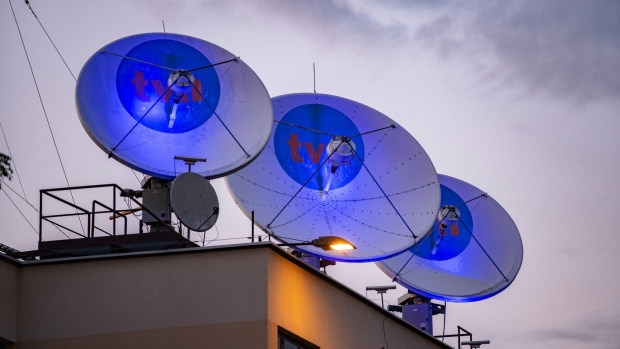 (Bloomberg) -- Discovery Inc. lashed out at Poland’s media regulator, saying its campaign to limit the company’s local operations jeopardized the rule of law and media freedom.

The comment is a response to the country’s watchdog, known as KRRiT, which said it may ask the U.S. broadcaster to adjust the ownership structure of its Polish business so that it complies with local law.

KRRiT’s surprise announcement came alongside its last-minute decision on Wednesday to renew the permit of Discovery’s Polish news channel TVN24 to broadcast under Polish regulations. The move ended a process that started more than a year ago and came just days before the license was due to expire on Sept. 26.

“The decision clearly shows there was no justification for delaying it for 19 months,” Discovery and its Polish unit TVN SA said in a joint statement on Thursday. The KRRiT’s accompanying decision “forces Discovery to curtail its Polish operations, being a direct threat to the rule of law and media freedom and a cause for concern among foreign investors in Poland.”

How exactly the watchdog plans to proceed remains unclear. KRRiT didn’t have an immediate response to additional questions from Bloomberg.

Polish regulations ban companies from countries that aren’t European Union members or aren’t closely associated with the bloc from owning majority stakes in Polish broadcasters. The U.S. is not part of that group. Discovery has for years complied with the law by running TVN through a Dutch-registered company, which some members of the Polish media watchdog say is against local law.

The European Commission will monitor the developments “very closely” to see how the regulator’s decision is applied in practice, its spokesperson said at a daily briefing on Thursday.

“We expect member states to ensure that the policies and legislation don’t have any negative impact on their commitment to ensure free and diverse media ecosystem,” the spokesman said. “Let me recall the Commission has repeatedly voiced its concern with regards to media freedom and pluralism in Poland.”

KRRiT’s new plan comes after the country’s ruling party approved a bill in the lower house of the parliament that would force U.S.-based Discovery to sell its controling stake in the Polish broadcaster, prompting a strong reaction from the EU and White House officials. The bill was rejected by the Senate, and President Andrzej Duda has suggested he may veto it.

The regulator’s proposal is an attempt to bypass that legislative process and the president’s potential veto, Discovery and TVN said in the statement.

TVN is also concerned it may have trouble with renewing the broadcasting license of its free-to-air movie and entertainment channel TVN7, Katarzyna Issat, head of the group’s corporate communications, said in an emailed response to Bloomberg News questions. The license expires in February.

Poland’s nationalist leaders lost their biggest international ally in Donald Trump and have since been at odds with U.S. President Joe Biden’s administration over their approach to LGBTQ rights, the restitution of property left by Holocaust victims and media freedoms.

TVN24 is the country’s biggest news channel, and its award-winning investigative reports have unveiled corruption at various levels of government.

(Adds comments from the European Commission, TVN from seventh paragraph.)