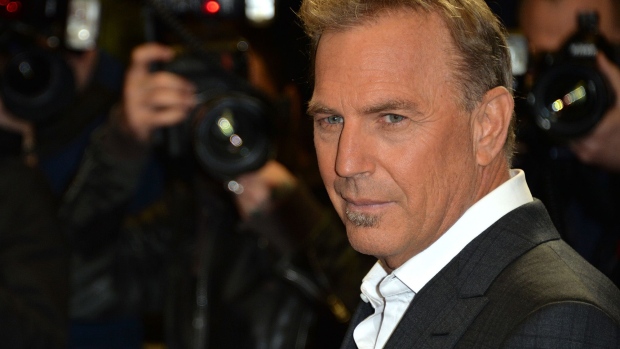 (Bloomberg) -- Discovery Inc. is cutting back on high-profile projects with A-list stars as part of a strategy shift away from more-expensive programs, according to people familiar with the matter.

Discovery+ canceled a documentary about comedian Louis C.K. produced by the New York Times, and has decided not to move forward on projects with Kevin Costner and Lupita Nyong’o, said the people, who asked not to be identified because the decisions haven’t been made public. The shows are in various stages of development, and could still continue if they’re sold to new buyers.

The cuts amount to $25 million to $35 million in costs for programs where deals have been signed, according to one of the people.

The strategy change focuses on shows for Discovery+, the online service introduced in January. Some of the company’s partners have questioned whether the shift is related to the pending acquisition of AT&T Inc.’s WarnerMedia, the entertainment giant that owns HBO Max, one of the largest streaming services in the world.

Discovery has told business partners the cancellations are part of a shift in programming strategy, according to the people. The company had broadened the types of shows it makes and increased budgets in order to attract more customers for its streaming service. Best known for food and home-improvement shows, as well as unscripted series like “Deadliest Catch,” Discovery acquired more high-end documentary series for streaming.

Chief Executive Officer David Zaslav has yet to outline his plans for Discovery+ -- such as whether it will remain a separate service or be folded into HBO Max. Discovery+ costs $7 a month for an ad-free version, while HBO Max costs $8 more.

At an investor conference last month, Zaslav said the company has finalized its strategy for after the deal closes, but didn’t reveal the details. “We’re trying to be very thoughtful now about how we continue to go to market with Discovery+,” he said.

In a statement, a company spokesman said Discovery+ has created more than 200 original projects in its first year and is “adjusting our development plans as we learn from the consumer.” Discovery+ still has shows in the works with some celebrities, including one with Jason Momoa.

“While it is a normal course of business to pivot projects as research and data comes in, we will still deliver the best streaming offering of real-life entertainment for our fans,” the spokesman said.

The sudden change has roiled the community of producers and filmmakers working with the company. Discovery retains the rights to cancel some shows in development without paying for the cost, according to the people. It’s still talking with many of the producers.

Discovery+ got off to a fast start, with the company reporting a total of 11 million streaming customers for all of its services by late February and 13 million at the end of March. Growth has slowed since then, and Discovery said in early August it had 18 million total customers.

Shares of Discovery gained as much as 2.2% to $25.21 Tuesday in New York. Through Monday’s close they had lost over 30% of their value since the company announced the WarnerMedia deal in May.