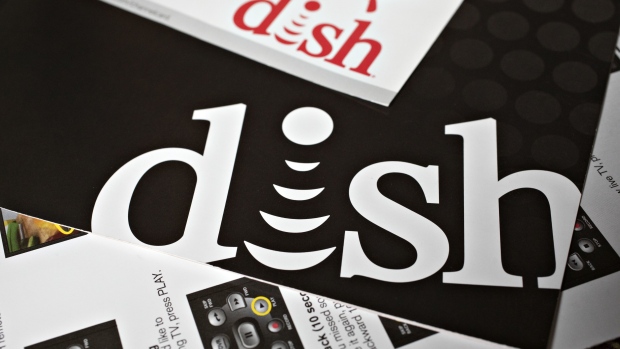 Dish Network Corp. instructional guides are arranged for a photograph in Princeton, Illinois, U.S., on Friday, July 26, 2019. The U.S. Justice Department approved T-Mobile US Inc.'s acquisition of Sprint Corp., a deal it rejected under the previous administration, clearing one of the biggest hurdles to a takeover that will reshape the wireless industry. T-Mobile and Sprint agreed to sell multiple assets to Dish Network as a condition for approval. Photographer: Daniel Acker/Bloomberg , Bloomberg

(Bloomberg) -- Dish Network Corp., which is in the process of building a fourth nationwide U.S. wireless network, has enlisted the help of Helium Inc. to extend 5G signals through customers’ hotspots.

The plan, announced Tuesday, calls for customers to install transmitters in their homes or offices. These devices work on unlicensed 5G airwaves and customers will be paid in cryptocurrency to host the hotspots.

Dish is under pressure to build a next-generation 5G network using its arsenal of airwave licenses that carry a use-or-lose requirement. To date, Dish has only launched a beta version of the 5G network in parts of Las Vegas, with a bigger coverage area to be announced next year.

Dish will use crypto startup Helium’s incentive model with customers deploying their own 5G hotspots, the companies said in a release. Currently the startup’s hotspot providers can earn rewards in the form of Helium’s token, which currently has a $2.3 billion market value, according to CoinMarketCap.com. Helium currently aggregates more than 240,000 hotspots across 21,000 cities in North America, Europe and Asia.

Helium was co-founded by Napster creator Shawn Fanning in 2013. The startup is backed by investors including GV, Khosla Ventures and Union Square Ventures.

Dish has been dabbling in crypto for years. In 2014, it began accepting Bitcoin for payment. It has also partnered with others on blockchain-based services.