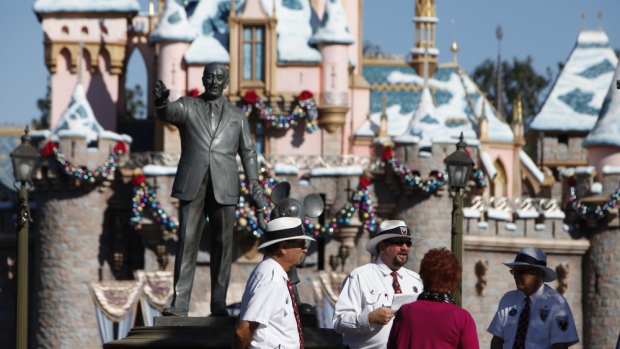 A feud between Walt Disney Co. (DIS.N) and the granddaughter of co-founder Roy Disney is getting more heated.

The company slammed remarks by heiress Abigail Disney after she went to Disneyland in Anaheim, California, and said conditions for park employees were bleak. The documentary filmmaker has previously criticized the compensation given to Disney Chief Executive Officer Bob Iger, who’s routinely one of the highest paid corporate chieftains in the U.S.

“We strongly disagree with this characterization of our employees and their experience at Disney,” the company said in an email. Her account is “a gross and unfair exaggeration of the facts that is not only a misrepresentation, but also an insult to the thousands of employees who are part of the Disney community.”

Abigail Disney has become a high-profile advocate for reducing income inequality. She recently called Iger’s US$65.6 million compensation package “insane” and has joined a campaign for a wealth tax.

In an interview with Yahoo News that aired earlier this week, she described going to the Anaheim park in person, saying she wanted to “understood the situation and the context really, really well.”

“Every single one of these people I talked to were saying, ‘I don’t know how I can maintain this face of joy and warmth when I have to go home and forage for food in other people’s garbage,’” she told Yahoo News.

In its response, Disney said it strives “to enhance the employment experience of our more than 200,000 employees through a variety of benefits and programs that provide them opportunity, mobility and well-being.”