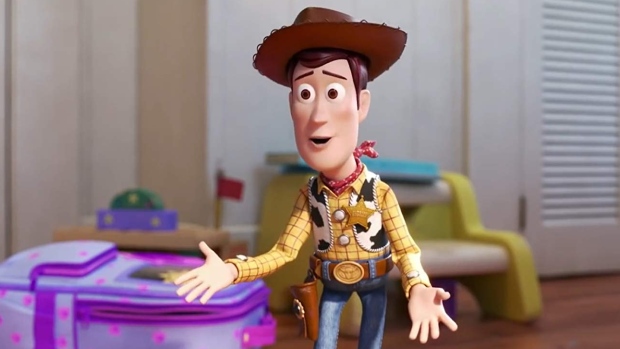 Woody (voiced by Tom Hanks) is seen in this image from 'Toy Story 4.' , Image courtesy of Disney/Pixar courtesy of IMDb.com

For much of the past decade, the digital media landscape has largely been defined by disruptive companies such as Facebook, YouTube and Netflix. In the case of Facebook and YouTube, those disruptors are now seen as problematic; both face accusations that their platforms have become venues for privacy invasion, misinformation, malicious foreign actors and domestic political extremism. As the federal government weighs regulating these companies this creates an opening for platforms that are well-policed with the potential to take market share from the incumbent bad actors. That suggests the introduction of Walt Disney Co.'s new Disney+ video-streaming service couldn’t have been better timed.

Disruptive platforms grew to enormous size by doing pretty much whatever they could to attract both producers and consumers of content. Restrictions on what kinds of content could be published were barriers to growth while also raising thorny ethical questions about how platforms that claimed to be neutral could moderate content on their networks. Content moderation has a big drawback: It's expensive, whether that means building technology to monitor abuse or hiring humans to do the job. It's not too surprising that companies interested in holding down costs and maximizing profits might try to avoid those costs.

And it's hard to untangle and design remedies for these problems because the platforms have gone global, with hundreds of millions if not billions of users. With competing and divergent interests among consumers, content producers, advertisers, politicians and shareholders, any change from the status quo is bound to run into opposition. The result is that change ends up being much slower than many might hope.

With the launch of the new streaming service Disney+, BNN Bloomberg speaks with Disney investor Ian Shaffer, president of Galliant Advisors, about his expectations for the new service and impact on the stock. He also provides an update on his other top investment for many years: Amazon.

That's where Disney+ comes in. Disney’s announcement on launch day that it had signed up 10 million subscribers indicates potential demand; it's possible that the platform could gain significant market share in the streaming wars much sooner than many anticipate. It gives young parents -- or anyone else not interested in the fire hose of trash on offer elsewhere -- a trusted platform to install on their kids' or their own smartphones and tablets. Every minute spent on Disney+ is a minute not spent on other digital media platforms, lessening the influence of the latter. As the clout of Disney+ grows at the expense of the competition, it could put pressure on the latter to clean up their collective acts and put in place more safeguards.

The parallel to consider here is the evolution of the music industry. Until the launch of peer-to-peer music-file-sharing company Napster in 1999, the vast majority of consumers got their music through traditional channels -- mainly radio and CDs. Then Napster and other illicit services built off the BitTorrent platform made it easier for consumers to download MP3 files at a time when major corporations were reluctant to embrace the new technologies. But downloading MP3s often exposed consumers to other types of illegally-distributed content like video games and software. That made MP3s a sort of gateway drug to other dubious online activity and content.

That era didn't last long. First, Apple introduced the iTunes store in 2003, which surged in popularity with the growth of first the iPod and later the iPhone. Then, music streaming services like Spotify followed, attracting tens of millions of users. Napster has since shut down, and though black market file-sharing services still exist, most consumers would find them too much of a nuisance to deal with when it's cheap and easy to buy or stream music legitimately.

If we're lucky, Disney+ could mark the point when major tech corporations decide to take control of the media ecospheres they've created. There are now a plethora of streaming services with billions of dollars invested in them, giving consumers, particularly parents, choices without some of the downsides of the large, disruptive platforms. Content creators, major corporate partners and advertisers can focus their resources on platforms that have better reputations and aren't constantly in the news for moderation and data-privacy issues. Thriving in the future may require these disruptors to abandon the Wild West ways that powered their initial rise. And who would be bothered by that?