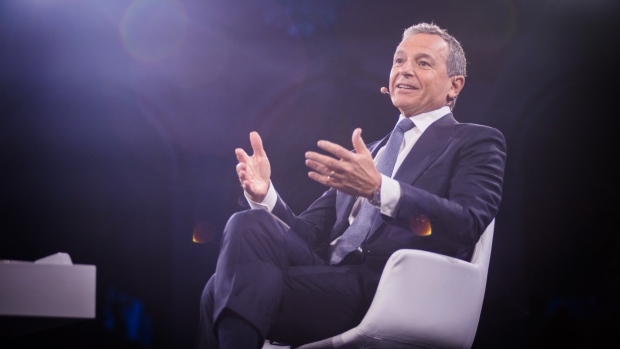 Walt Disney Co. Chief Executive Officer Bob Iger said he won’t say anything for or against pro-democracy protests in Hong Kong because doing so could harm his company.

The executive, speaking at the Wall Street Journal’s Tech Live conference in Laguna Beach, California Tuesday evening, said he has spoken up about political topics in the past when he thinks it was in the best interest of the company, but doesn’t think it’s a good idea with China today.

“What we learned in the last week — we’ve learned how complicated this is,” Iger said when asked about China. “The biggest learning from that is that caution is imperative. To take a position that could harm our company in some form would be a big mistake. I just don’t believe it’s something we should engage in in a public manner.”

The Hong Kong protests have become a lightening rod for U.S. businesses this month. The National Basketball Association had its exhibition games pulled from the airwaves in China and its Chinese sponsors disappear after the Houston Rockets’ general manager tweeted his support for the protesters. Video game maker Activision Blizzard Inc., meanwhile, endured condemnation from U.S. politicians and fans when it penalized a professional video game player who spoke in favour of the protests.

Iger said he spoke out when President Donald Trump withdrew the U.S. from the Paris climate accords because he believes global warming is real and a threat to his business.

The executive said he also spoke up in support of legalizing the immigration status of young people brought to the U.S. illegally as minors, some of whom work for Disney.

“I feel like I owed it to them to take a stand up on their behalf,” he said.

Iger also weighed in on Georgia’s stricter abortion law, although the executive, who has considered running for president, said his comments in that case were not a position for or against the law but a statement of fact that the company may have trouble shooting in the state because actors and other creative types may not want to work there.

Disney has a huge and growing business in China that includes theme parks in Shanghai and Hong Kong and movies that require permission from the government to be shown there.