The pandemic pushed Americans to spend on their homes like never before, tackling do-it-yourself projects with a newfound fervor after years of favoring contractors.

Total spending on home improvement and repairs climbed an estimated 3 per cent last year to $US419 billion, despite a slowdown in the broader U.S. economy, researchers from Harvard University’s Joint Center for Housing Studies said in a study released Thursday.

While that market has been increasing over the past decade, the composition of the spending changed markedly in 2020, as more people took on projects themselves and remodeling shifted away from the coasts to less-expensive areas inland.

“Amid concerns about having contractors in the home, DIY projects gained new popularity,” said Kermit Baker, director of the Remodeling Futures Program at the joint center. “And remodeling activity shifted to lower-cost metros where larger shares of younger households -- traditionally the most active do-it-yourselfers -- could afford to own homes.” 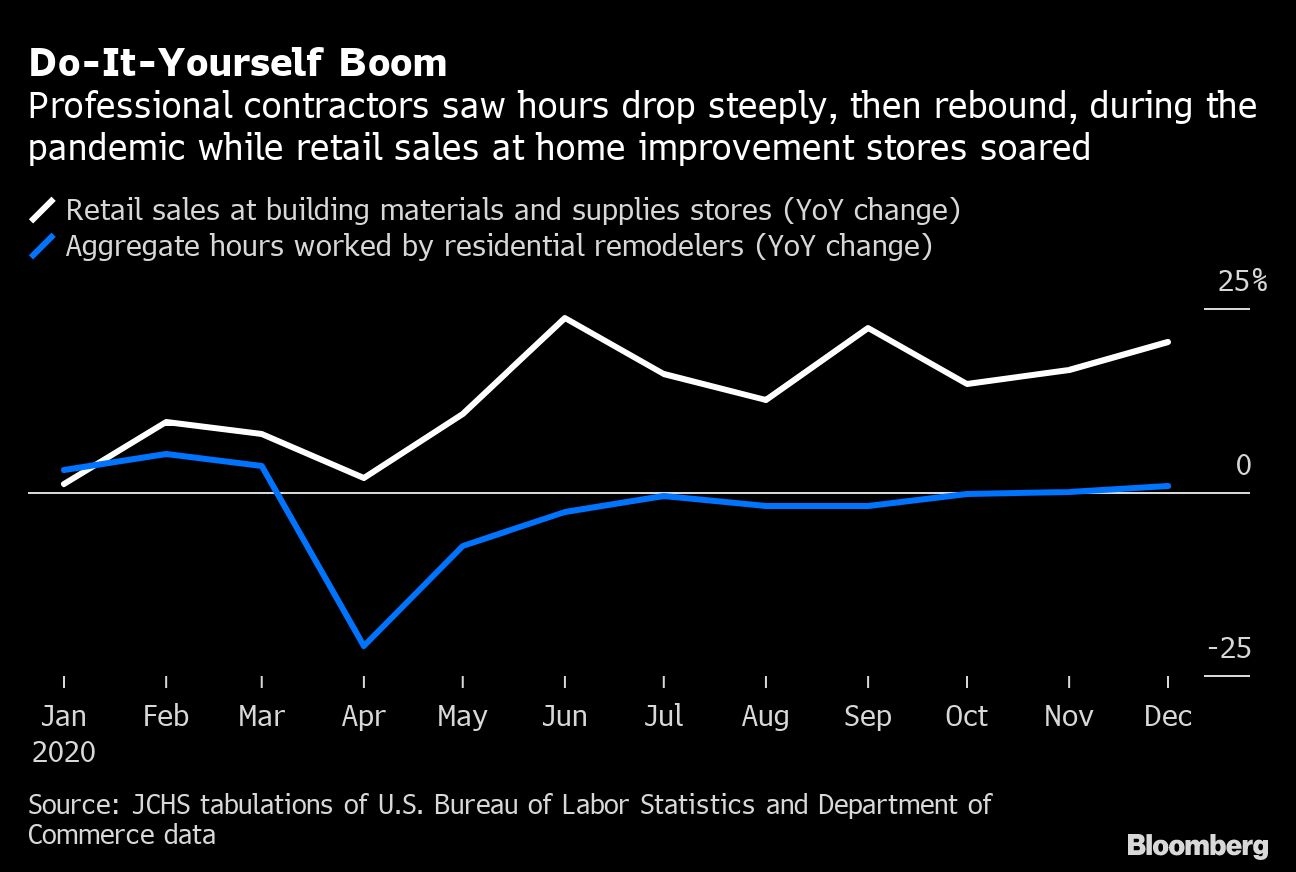 The boom has buoyed home-improvement chains such as Home Depot Inc., which has seen its stock has surge more than 60 per cent in the past 12 months, reaching record highs.

While the researchers said there’s a solid foundation for future growth in spending, gains are likely to moderate.

Home Depot, the world’s largest home-improvement retailer, said last month that purchases would likely be “flat to slightly positive” this year after a 25 per cent jump in same-store sales for the quarter ended Jan. 31. Lowe’s Cos. projected a decline in revenue this year following a 28.6 per cent increase in same-store sales in the fourth quarter.