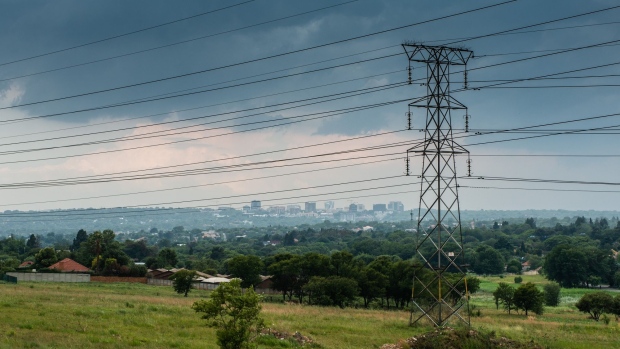 Electrical power lines hang from transmission pylons in Johannesburg, South Africa, on Tuesday, Dec. 18, 2018. Companies such as power utility Eskom, South African Airways and the South African Broadcasting Corp. are reeling after repeated management and strategy bungles and have indicated they need state aid and staff cuts to survive. , Bloomberg

(Bloomberg) -- DNG Energy Ltd., a losing bidder for state contracts to supply emergency power in South Africa, had its legal bid to halt the process dismissed, paving the way for the program to proceed.

DNG had alleged corruption involving government officials had led to Turkey’s Karpowership, which supplies electricity from gas-fired plants on ships, winning the bulk of the contract to supply 2,000 megawatts of power.

Other successful bidders whose plans to erect power plants had been halted by the court case include Scatec ASA and Electricite de France SA.