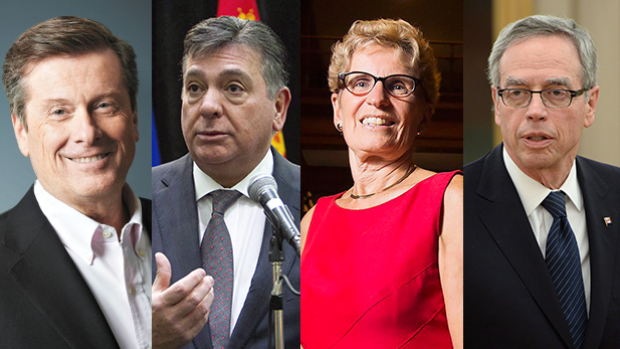 Former finance minister Joe Oliver is calling on Ontario to impose a tax on foreign homebuyers. In an op-ed in the Financial Post, Oliver argues that a 15-per-cent levy on foreign buyers should be imposed “quickly” to stem the tide of international money helping to inflate real estate prices in the Greater Toronto Area.

Implementing a tax on foreign homebuyers is a controversial issue with little consensus. Provincial political leaders say they are keeping a close eye on how the Vancouver housing market reacts to the recent imposition of a 15-per-cent tax on foreign homebuyers. In recent conversations with BNN, both the premier and minister of finance in Ontario say they remain unconvinced that such a move would be good for the province.

Here are some highlights from the debate so far:

“There is now a decision that Ontario must make. I didn’t comment that B.C. should impose such a tax but now that it has there has to be an appropriate response from Ontario.”

“We haven’t been advised by people in the province – either in the real estate sector or other sectors – that there is exactly the same issue. And that the remedy that has been put in place in British Columbia – and there are a couple of things that have been done in British Columbia – that the remedies would be exactly the same here. So, that’s exactly what we are looking at.”

“We want to attract investments in the province of Ontario. We are one of the top destinations for foreign direct investments, now, in North America – and we value those individuals coming… We are trying to assess what that would do if we were to engage in the same practice.”

Toronto Mayor John Tory was more adamant about his opposition to the implementation of a foreign homebuyers’ tax. BNN asked him about whether he would support a tax, and he dismissed the notion.

“We are open for investment here. We need people from other countries to come here and invest in business, invest in real estate and show the confidence to build up a greater Toronto.”

However, a growing number of voices are calling on policymakers to act to cool hot housing market in the GTA – and reducing the amount of foreign money into the market is part of that. The deputy chief economist of CIBC Capital Markets says the impact of foreign investment in Toronto is overstated. However, he says policymakers still need to act.

“The short answer is simply they don’t have a choice – everyone else is doing it. You look at New Zealand; you look at Australia; you look at the UK and now British Columbia - so guess what? Welcome to Ontario.”

Others say that Toronto should take a wait and see approach.

“Let’s wait a few months and if Toronto feels there is more speculative demand coming to the city then I would assume they might be tempted to do something similar to Vancouver.”

Meanwhile, one researcher says Toronto should impose a temporary – and limited – tax on foreign investment in the real estate market.

“It would be a good idea to put a tax in – I think – for a temporary time – say three years while you try to get the supply up, get the euphoria out of the marketplace a little bit – but don’t touch condominiums because we have foreigners buying condominiums and renting them out – and that’s our rental supply .

But one Toronto real estate agent says a tax on foreign buyers will not work and warns that it sends the message that Ontario is not open for business and unfairly targets one ethnic group.

Bob Aaron, Aaron and Aaron Barristers and Solicitors on Sept. 22, 2016

“We all know it’s aimed at Chinese buyers. It’s racist. We shouldn’t be talking about this.”