Dollarama Inc. is sticking with its brick-and-mortar business model despite a slump in foot traffic through its retail stores during the coronavirus pandemic.

While its online business has boomed during the nationwide lockdown, the retailer’s expansion plans remain unchanged: it wants to have 1,700 locations across Canada by 2027. That would mean adding 400 stores in seven years. It’s also planning to grow the footprint of Dollarcity, a Latin American chain it partly owns.

“Our focus remains brick-and-mortar stores,” Chief Executive Officer Neil Rossy said during an online meeting with investors. When asked about changes to Dollarama’s model because of the virus, he said he saw none.

“From a core business perspective, other than keeping our customers and employees safe, it’s business as usual,” he said. The Montreal-based company has faced slower traffic and higher costs to keep its stores, staff and customers safe during the COVID-19 pandemic.

Dollarama shares rose as much as 6.2 per cent in Toronto Wednesday after the company showed crisis resilience with a 0.7-per-cent increase in same-store sales — excluding temporarily closed locations. The stock is now up about eight per cent this year. 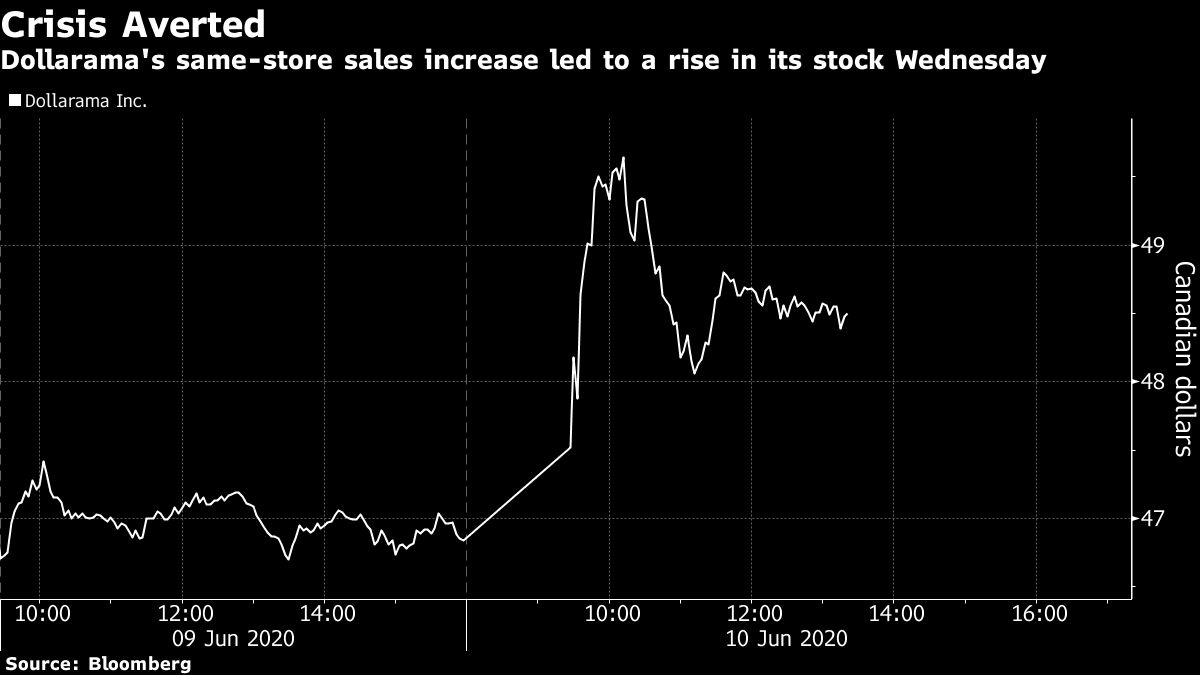 Customers may have visited Dollarama’s physical stories less often but they spent more each time. Some turned to making purchases online, a small, bulk-only business that grew seven-fold in the four months to May.

Still, profitability weakened as shoppers flocked to lower-margin products such as toilet paper and hand sanitizers. The company also took on added costs, including personal protective equipment for its employees.

Dollarama said it’s now trying to avoid raising prices, with the number of increases relative to normal times at an all-time low. Costs for many items have gone up by 20 per cent to 40 per cent, Rossy said.

“We can’t simply absorb higher costs forever,” Rossy told analysts. “Obviously at some point they get passed on in some form or fashion, as conservatively as we can.”