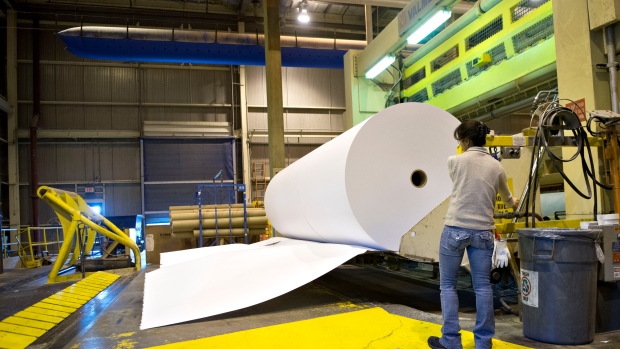 Domtar Corp. confirmed it has been in discussions with Canada’s Paper Excellence about a potential business combination, the company said Tuesday.

Bloomberg reported on Monday that the Canadian paper and packaging company is exploring a deal to acquire the U.S. rival.

“Domtar acknowledges that its management has been in discussions with Paper Excellence about such a potential transaction,” Domtar said in a statement. “However, these discussions may or may not result in an agreement.”

The talks come at a time when the paper industry is recovering from a drop in demand last year, when the pandemic sharply reduced the need for items like paper at offices and schools, with many across the globe working and schooling from home. The price of pulp, a byproduct of wood and key ingredient in paper making, has since soared along with lumber. Lumber prices have quadrupled in the last year, as voracious home building demand caught sawmills short of supply.

Domtar is one of North America’s top producers of so-called freesheet paper, which is used for everything from business memos to copy paper. In January, it agreed to sell its personal care business to American Industrial Partners for US$920 million.

Paper Excellence, based in Richmond, British Columbia, makes pulp packaging and specialty paper, and owns about a 49 per cent stake in a Brazilian mill. The group has been involved in a years-long battle with J&F Investimentos on the control of Brazil’s pulp maker Eldorado Brasil Celulose. J&F controls meat giant JBS SA.

The dispute is at a Brazilian court, which recently suspended a previous decision that allowed Paper Excellence to conclude the purchase of Eldorado. Paper Excellence, which is owned by Jackson Widjaja, the grandson of Indonesian mogul Eka Widjaja, owns facilities in Canada, according to the company’s website.