A top-ranked real estate analyst is making the case for renting over owning a home.

In his new book The Wealthy Renter, Alex Avery, who currently owns a home, argues that home ownership doesn’t necessarily provide the returns many people believe it does.

“The perception of home ownership is a lot different than the reality,” he told BNN in an interview.

Avery said a number of contributing factors including maintenance costs, utilities, property taxes, the difficulty to quickly uproot and move, and the fact that it’s “quite expensive” to purchase a home in Canada can make renting more financially appealing.

This is especially true, he said, for millennials and first-time buyers who may be feeling pressure from their parents, friends, lenders, and even the government to purchase a home.

“I think there’s a lot of promotion of homeownership,” Avery said, calling it a cult. “It is a pretty universally-promoted decision – there are very few people who will promote renting,” he said.

“This idea that you’re throwing your money away on rent is a commonly-used argument not to rent, but it’s just not accurate,” he added. “The yield on housing is so low today because the cost of buying is so high.”

Avery said that in particular markets, like Vancouver and Toronto where home ownership is the most expensive, people are better off renting.

“Both markets share a lot of commonality in that they have land constraints so they’re structurally expensive markets” he said. “So I would say that in both of those cases, being a renter is probably a very favourable thing for you.” 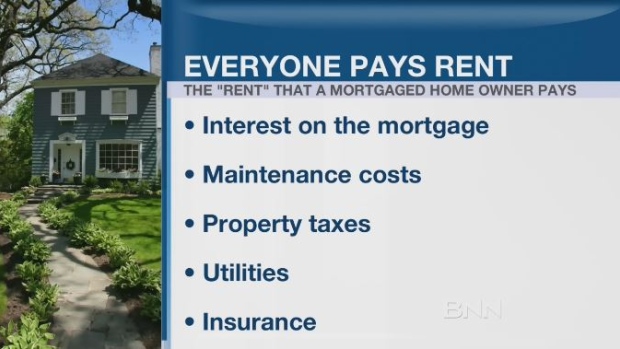 In his book, Avery (who covers REITs at CIBC Capital Markets) offers some tips for future renters and homeowners. Here are some of them:

1. It’s impossible to get unbiased housing advice. Home ownership is aggressively promoted, according to Avery. Since 70 per cent of Canadian households own their own home, people tend to get biased advice from friends and family, real estate agents, lenders and even the government. “Knowing how the housing industry works is crucial to understanding the biases that lead to such strong promotion of homeownership, and how you can protect yourself from biased advice,” Avery said.

2. Home ownership's reputation as a great investment is wrong. “While home ownership is Canada's most popular forced savings program – which is important – the returns from housing have dramatically lagged other investments,” Avery said. Take the return gap when compared to the TSX composite index (how much $100 invested in each would be after 25 years), which looks even less attractive when you take the dividend income index into account. He also points out other unattractive characteristics of housing as an investment – everything from liquidity to transaction costs, as well as emotional and personal attachments to the various costs of a home.

Avery’s suggestion? “The best cure for investment creep is renting!”