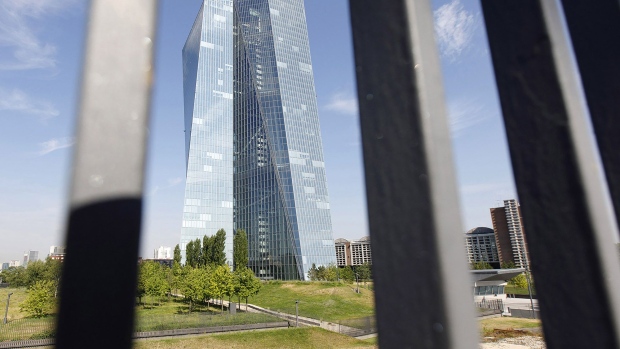 (Bloomberg) -- The European Central Bank will probably decide to take better account of home costs in its inflation measure, but there’s unlikely to be any impact on monetary policy, according to economists at NatWest Markets.

Natwest acknowledges that adding owner-occupied housing to the consumer-price basket would boost headline inflation by about 0.2 percentage point, based on an experimental index by the European Union’s statistics office.

At the same time, the ECB is considering whether to tweak its inflation target from “below, but close to, 2%” -- which Natwest says amounts in practice to around 1.8% -- to precisely 2%.

Should the central bank take both steps, they would effectively cancel each other out in terms of the need to add or cut monetary stimulus.

Housing has become a hot topic as the President Christine Lagarde launches a strategic review that will examine why the ECB has fallen short of its inflation goal for years despite negative interest rates and bond purchases. Policy makers acknowledge that the EU’s standard measure severely underweights the true cost of accommodation for most people by only including rents, and even then at an unrealistically low level.

Still, whereas the ECB may decide to adjust its inflation goal as soon as this summer, Natwest reckons the addition of owner-occupied housing could be a long way off, given that officials have highlighted the tricky technical issues.

It “won’t happen in a rush,” said Giovanni Zanni, NatWest’s chief euro-area economist. “It’s more a long-term wish of the ECB; the time-horizon is probably 5-10 years from now.”

ECB Chief Economist Philip Lane has started presenting figures that give extra weight to housing in rate-setting meetings. He has cautioned, though, that the home costs can slow inflation in times of economic weakness just as much as they increase it in good times.

It is “an aspiration more than an imminent ‘threat,’ Zanni said.