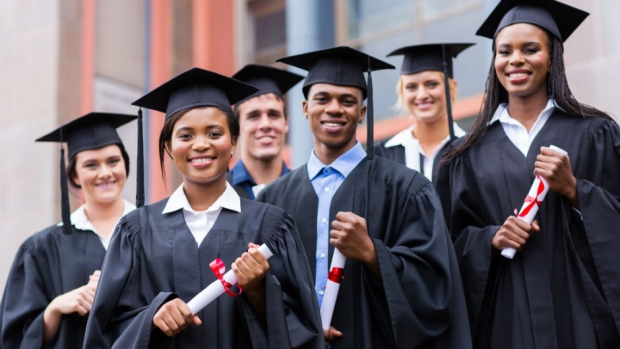 OTTAWA -- Parents looking at the bills rolling in as students head off to university and college may be wishing they had saved more.

But if you're not at that stage yet, financial advisers say, it's important to start early and put aside as much as possible.

"You can't catch up on the tax-deferred compounding. Depending on the rate of return, this can really be significant," he said.

If you can afford it, Golombek advises putting $2,500 a year per child into an RESP to maximize federal government grants.

"If you can set aside that money in the year the child is born and start saving every single year to maximize the grants ... that really is the best way to accumulate the most amount of money over the long term in an RESP," he said.

Regardless of your family's income, the basic grants are equal to 20 per cent of contributions, up to $500 per year for each child under age 18 and a lifetime limit of $7,200.

These government incentives, called Canada Education Savings Grants, can also be carried forward but $1,000 is the maximum grant parents can receive per child in any one year.

RESPs can also provide a tax break on investment gains, which become part of the student's taxable income when the money is withdrawn from the plan -- not the contributor's.

David Lee of BlueShore Financial in North Vancouver, B.C., says that there'll be enough in an RESP to cover tuition if you start early, maximize the government grants and get a conservative rate of return of three per cent.

But if your child plans to go away to school and you're hoping to pay for it all, including the cost of living, Lee said "that is quite a stretch for what we're seeing."

He estimates that four years of tuition, plus room and board, adds up to a total of about $90,000 right now at the University of British Columbia.

Lee says parents need to ask themselves a lot of questions such as: How much of their child's education do they plan to pay? Will they expect their child to have a part-time job? Will they qualify for scholarships?

"Those are some of the other factors a parent needs to kind look at as well ... in terms of determining their targets," Lee said.

The location of the school and whether the student lives at home are also factors.

The Ontario Securities Commission's GetSmarterAboutMoney.ca website can help calculate the future costs of education based on how much tuition and room and board cost today.

The online calculator allows to you to see how your savings add up to find out if you're on track.