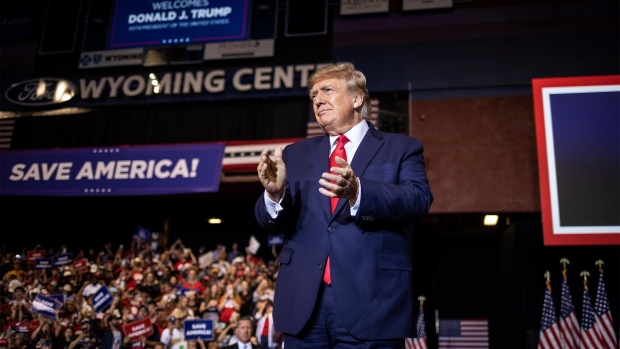 (Bloomberg) -- Donald Trump is no longer in contempt of court for failing to respond to subpoenas in a probe of his company’s assets, a New York judge ruled, formally resolving a dispute with the state attorney general that resulted in $110,000 in daily fines against the former president.

Trump, Donald Trump Jr. and Ivanka Trump are set to be deposed next month after losing a lawsuit to avoid being questioned under oath.