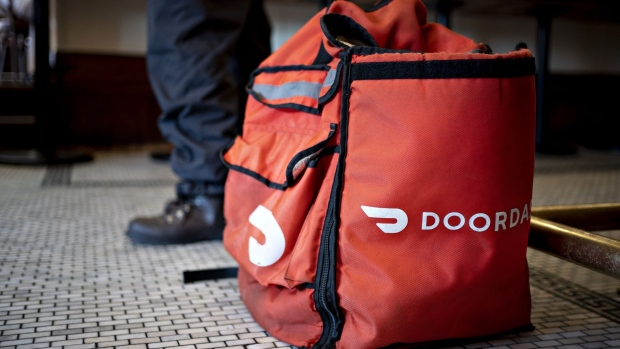 (Bloomberg) -- DoorDash Inc. is leading a fundraising round in Flink SE with a pre-money valuation for the Berlin-based grocery delivery startup of $2.1 billion, people familiar with the matter said.

Flink is raising several hundred million dollars in the round from DoorDash and existing investors, and is set to announce the results in the coming weeks, the people said, asking not to be identified because the investment isn’t yet public.

Flink promises customers in its European markets groceries within 10 minutes, part of a new generation of food-delivery companies that’s sprung up in the wake of the Covid-19 pandemic when users became accustomed to ordering food and essentials online. The company operates in cities in Germany, Austria, the Netherlands and France.

DoorDash, the biggest food-delivery company in the U.S., has been hunting for targets in Europe with a focus on grocery deliveries and businesses in Germany and the U.K., people familiar with the matter said previously. San Francisco-based DoorDash’s first foray into grocery delivery in the U.S. was last year with partnerships with chains like Meijer and Wegmans.