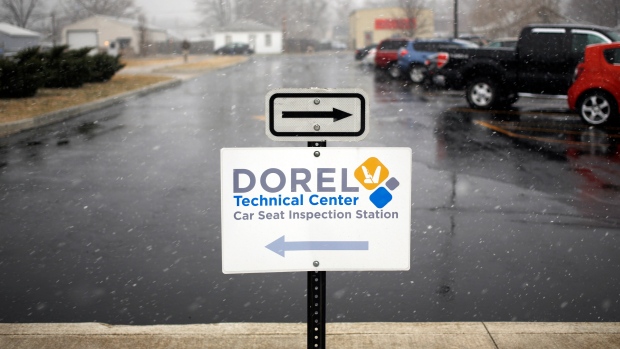 Increased spending on bicycles and home renovations during to the pandemic has had a positive impact on Dorel Industries Inc., offsetting struggles at its juvenile business.

The Montreal-based company's second-quarter results beat expectations as its profit and sales rose compared with a year ago.

"People want and need to get out after weeks of forced lockdowns to be able to exercise. And with the good weather, huge numbers are out in an easy, safe ensuring social distancing," CEO Martin Schwartz said Tuesday during a conference call.

With many people reluctant to take public transit and staying away from gyms, cycling has become popular with spending to purchase bikes, he said.

U.S. independent bike dealer sales grew by strong double digits while Dorel's U.K. revenue was up by more than 100 per cent.

The Caloi bike division was hurt, however, by sustained closures in Brazil and the April-May shutdown of their factory.

But based on current trends, demand for bicycles is expected to remain strong throughout the summer, Schwartz told analysts.

Dorel Home also performed well in the quarter with revenues increasing 25 per cent to a record US$260.7 million.

Consumer interest turned during the lockdown from home office furniture to home renovations and DIY projects in general. Purchases of desks and entertainment units were strong, with consumers also buying beds, futons and outdoor recreational furniture.

Online sales drove much of the segment's revenue growth.

As with sports, lower inventory created supply issues that limited some sales.

Schwartz said demand should remain strong as the work-from-home trend is expected to continue for awhile.

A KPMG poll last week found that 54 per cent of Canadians are afraid to return to the workplace because of the coronavirus, he added.

"As we look ahead, obviously, this bodes well for the continuing sales of home office furniture. We anticipate this trend to continue with Q3 revenues and operating profits expected to be strong."

After experiencing "a rough first quarter," Dorel Juvenile started to recover midway through the second quarter. However, most markets, especially Europe, were hurt by retail store closures. Even some online purchases could not be delivered as baby stores were deemed nonessential.

Schwartz said sales of car seats and strollers that are the core of the Juvenile business have started to improve with the dispersement of U.S. government stimulus cheques.

Still, juvenile sales decreased 20 per cent to US$177.6 million.