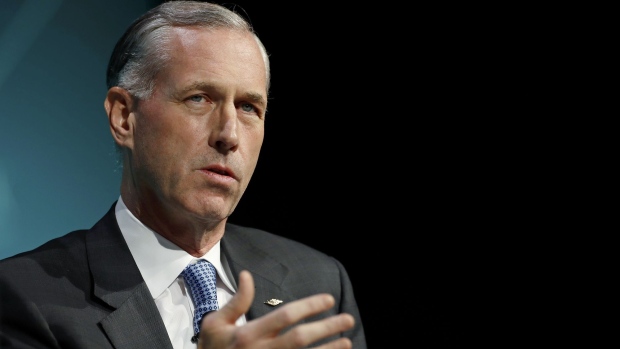 The company will build a new chemical facility and retrofit an existing one at its Fort Saskatchewan site that will boost production of ethylene, the key building block of everyday plastics, eventually reducing net emissions to zero by 2030. It will use waste gases to make hydrogen, which in turn will be used as a fuel source, while also capturing and storing carbon emissions.

“Canada has a price on carbon, and also has the policies and investment support to help us invest in low carbon technologies like this,” Chief Executive Officer Jim Fitterling said on call with reporters. Dow “would like to see an emissions trading system” in the U.S. to encourage more low-carbon projects, he said.

When completed, the Fort Saskatchewan facilities will decarbonize about 20% of Dow’s global ethylene capacity, while increasing polyethylene supply by about 15%, the company said. It will be a stepping stone towards Dow’s goal of being carbon neutral by 2050.

Dow expects Canada’s carbon price to more than double from $45 a ton today to $100 a ton after certain allowances decrease, Fitterling said. “That helps you offset the higher cost of these investments,” he said.

U.S. lawmakers are considering industry requests to raise tax credits for carbon storage to $85 a ton, a sum that many companies say would allow for them to proceed with emissions-reducing projects.