European Central Bank governors representing the core of the euro-area economy resisted President Mario Draghi’s ultimately successful bid to restart quantitative easing, according to officials with knowledge of the matter.

The unprecedented revolt took place during a fractious meeting where Bank of France Governor Francois Villeroy de Galhau joined more traditional hawks including his Dutch colleague Klaas Knot and Bundesbank President Jens Weidmann in pressing against an immediate resumption of bond purchases, the people said. They spoke on condition of anonymity, because such discussions are confidential.

Those three governors alone represent roughly half of the euro region as measured by economic output and population. Other dissenters included, but weren’t limited, to their colleagues from Austria and Estonia, as well as members on the ECB’s Executive Board including Sabine Lautenschlaeger and the markets chief, Benoit Coeure, the officials said.

Such disagreement over a major monetary policy measure has never been seen during Draghi’s eight-year tenure. It casts a shadow over the resolve underpinning his parting stimulus shot before Christine Lagarde succeeds him, and also over his account of the proceedings. The extent of the rift might open the door to critics of the institution to question the legitimacy of its decisions.

Despite the disagreement, Draghi presented the decision to relaunch QE as having enough support to move forward. There was no vote on the matter, in line with typical ECB practice. Such a ballot would be a rare occurrence, but if one had taken place, under the Governing Council’s system of rotation to streamline decision-making, the French and Estonian governors would have been unable to cast a vote this month. 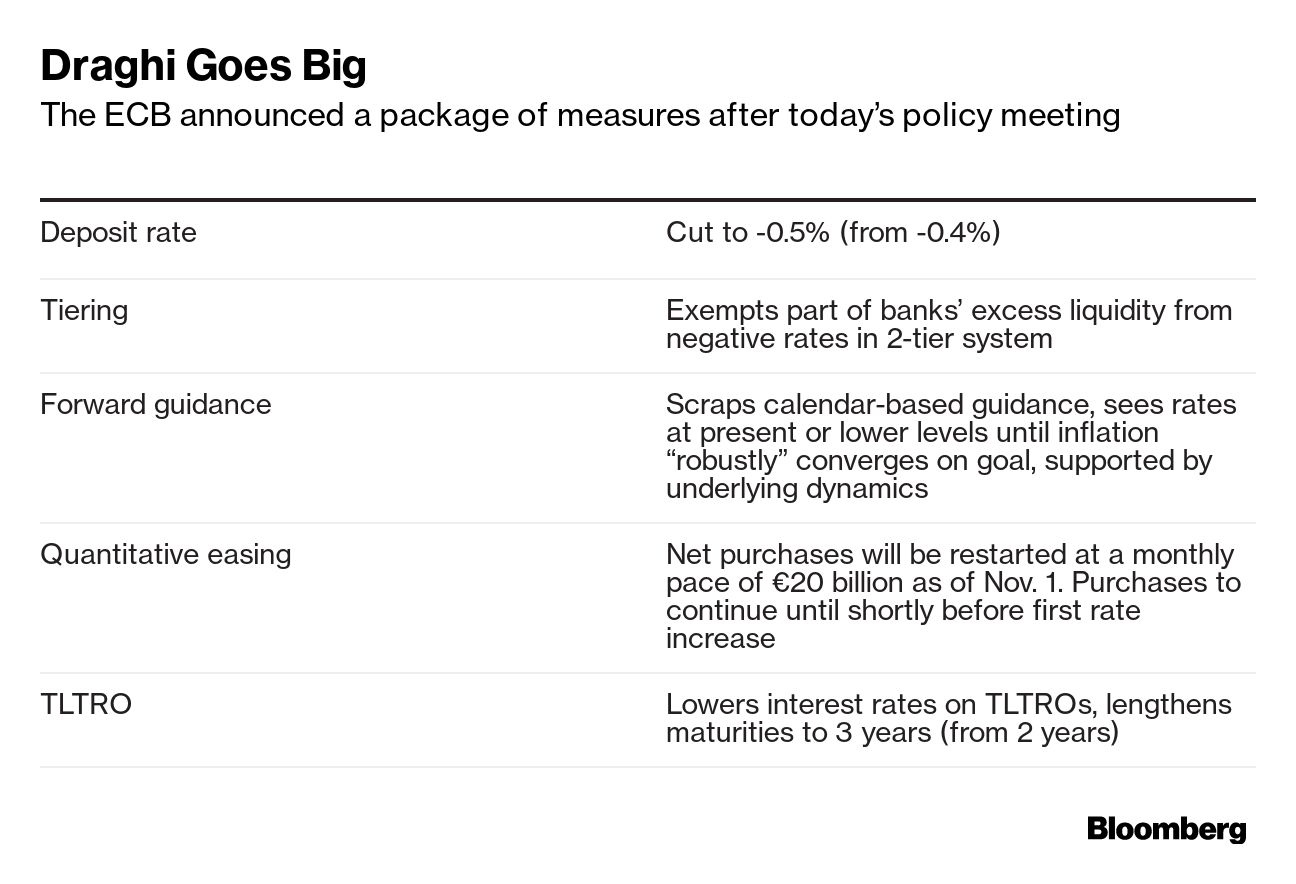 One key argument wielded by policy makers opposed to Draghi’s resumption of QE was that it would be better to save it to use as a contingency in an emergency, such as an abrupt outcome to Brexit if the U.K. leaves the European Union without a transition deal, the officials said.

QE has previously proved contentious. Draghi encountered significant opposition in 2015, when he pushed the Governing Council to start bond purchases, against the wishes of his German, Dutch, Estonian and Austrian colleagues.

Draghi’s decision to press ahead without such key support risks leaving Lagarde with a headache when she starts in November. She will need to decide whether to persist in a policy that has divided her Governing Council, risking further acrimony. The alternative would be to dial back the ECB’s current stimulus commitments, an approach that could provoke a market backlash.