Mario Draghi nudged the European Central Bank closer to pumping more stimulus into the economy, highlighting that growing risks are increasing the case for action.

The ECB president set the tone for the institution’s annual forum in Sintra, Portugal, by saying that if the outlook doesn’t improve, and inflation doesn’t strengthen, “additional stimulus will be required.” He noted that the ECB can amend its forward guidance, that rate cuts remain “part of our tools” and asset purchases are also an option.

Mario Draghi just announced more stimulus could come, which immediately dropped the Euro against the Dollar, making it unfairly easier for them to compete against the USA. They have been getting away with this for years, along with China and others.

It’s the latest dovish comment from the Governing Council, as it grapples with an economic slowdown and an inflation rate that remains below its goal. Draghi said risks from geopolitical factors, protectionism and vulnerabilities in emerging markets have not dissipated and are weighing in particular on manufacturing.

Major central banks around the world have taken a dovish turn as trade tensions damp the global economy. The U.S. Federal Reserve, Bank of England and Bank of Japan all hold policy meetings this week, which should give further insight into their concerns. 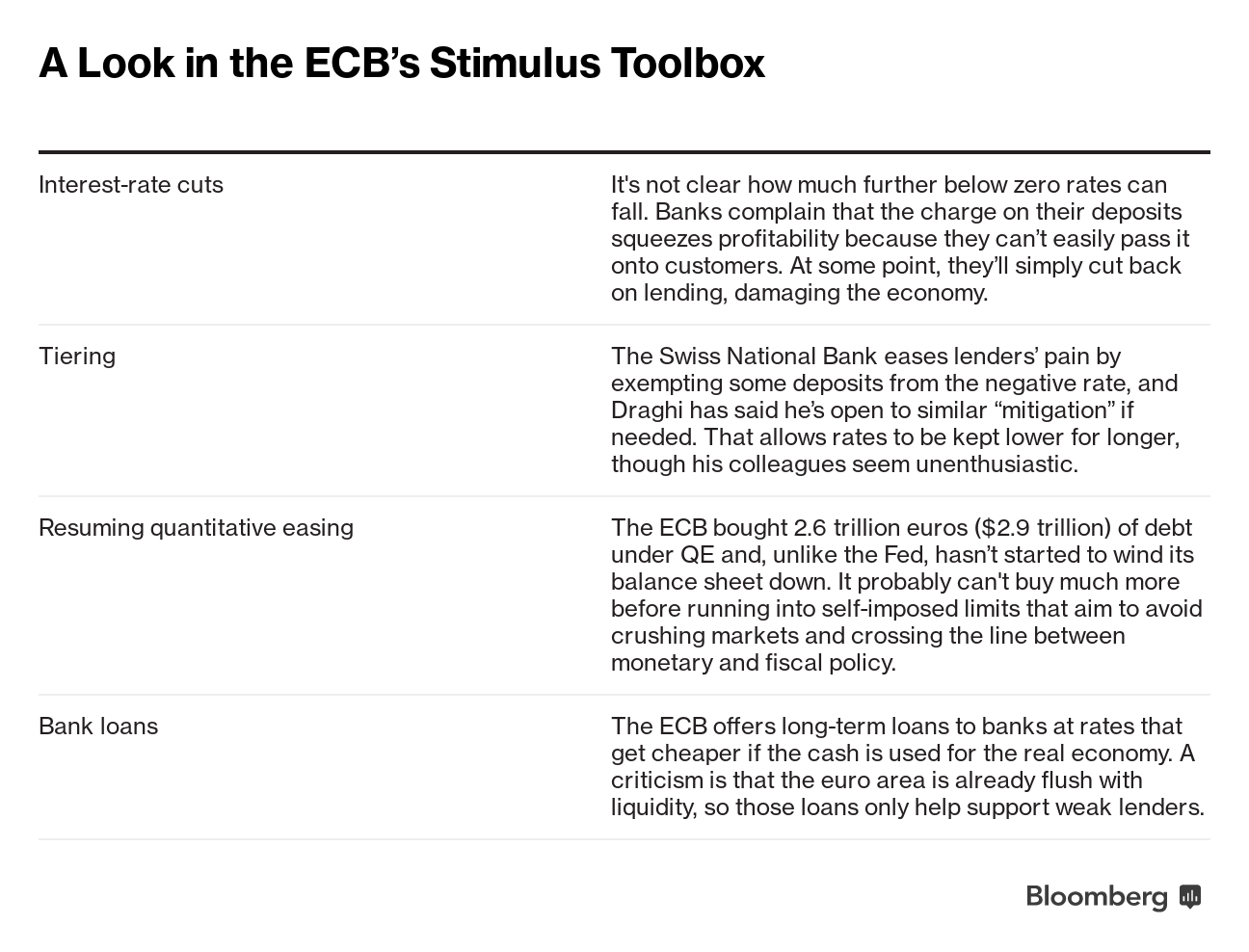 In a sign that discussions on policy action are becoming more formal within the ECB, Draghi said the Governing Council will in the coming weeks review how their tools can be used to tackle risks to price stability.

“If the crisis has shown anything, it is that we will use all the flexibility within our mandate to fulfill our mandate -- and we will do so again to answer any challenges to price stability in the future,” he said.