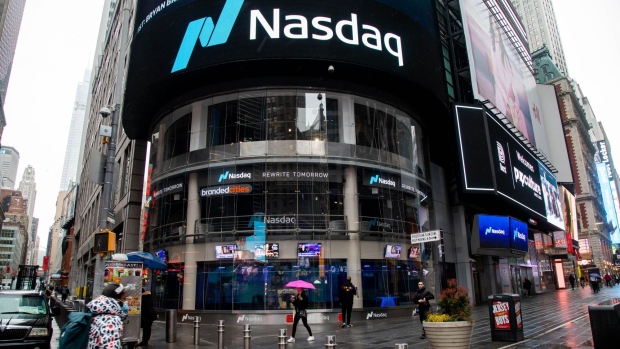 (Bloomberg) -- Battery maker Dragonfly Energy Corp. has agreed to go public in a transaction with a blank-check company valuing it at $500 million, including debt, according to people familiar with the matter.

The agreement with Chardan NexTech Acquisition 2 Corp. is being financed through $128 million in the special purpose acquisition company’s trust plus $230 million in additional financing, said the people, who asked not to be identified because the information was private.

Chardan is the latest SPAC to find a target during a difficult time for blank-check deals. Top banks including Goldman Sachs Group Inc. and Bank of America Corp. have pulled back from helping SPACs find companies to buy, Bloomberg News previously reported. With so much money raised that needs to find a home, SPAC deals are still getting announced though, including dating app Grindr LLC last week.

Dragonfly, based in Reno, Nevada, makes lithium-ion storage batteries, primarily used in recreational vehicles, marine vessels and in residences off the power grid, according to its website. Its products are non-toxic, and replace lead acid batteries.

In 2021, Dragonfly generated $78 million in revenue and almost $9 million in adjusted earnings before interest, taxes, depreciation and amortization, the people said.

Dragonfly’s current management, including Co-Founder, Chairman and Chief Executive Officer Denis Phares, is expected to lead the combined company, they said. Phares has a Ph.D. in engineering from Caltech and was a professor at the University of Southern California before founding the company.

The Chardan NexTech Acquisition 2 SPAC raised $110 million in its initial public offering in August. The people said the combined company will be called Dragonfly Energy and will be listed on the Nasdaq under the symbol DFLI.