Drake gets into cannabis business with Canopy partnership

Drake is teaming up with Canopy Growth Corp. for a new venture to sell recreational cannabis and accessories in Canada and abroad, a move that could quickly establish the hip-hop superstar as a major player in the legal pot industry.

The joint venture, dubbed More Life Growth Co., will see Canopy expand its celebrity partnership portfolio to include the 33-year-old musician famous for such hits as God’s Plan, Hotline Bling and Best I Ever Had in the hope his presence can help bolster flagging cannabis sales in Canada.

"The opportunity to partner with a world-class company like Canopy Growth on a global scale is really exciting,” Drake said in a statement. “The idea of being able to build something special in an industry that is ever growing has been inspiring."

Under the terms of the arrangement announced Thursday, Drake will own 60 per cent of More Life Growth, with Canopy owning the remaining stake and having the right to nominate two members to the company’s board.

In exchange, Drake granted More Life the right to "exclusively exploit certain intellectual property and brands" in association with cannabis and cannabis-related products and merchandise. Those international rights could expire after 18 months depending on certain performance conditions. Meanwhile, Canopy has sublicensed those rights in Canada and will exclusively distribute More Life products in this country. 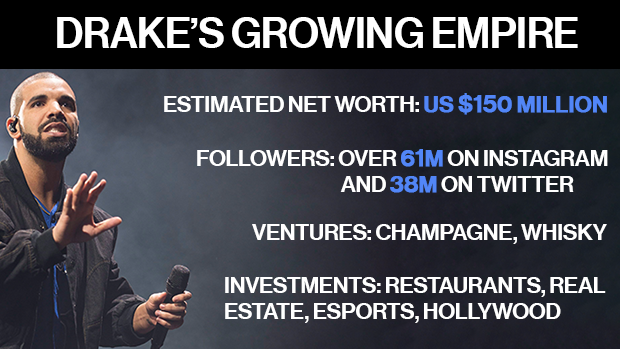 More Life will assume ownership of a licensed Scarborough, Ont.-based cannabis production facility which Canopy will continue to operate and maintain.

"When we first began talks with Drake we were extremely inspired by and aligned with his vision to bring best-in-class cannabis products to the world,” said Canopy Growth Chief Executive Officer Mark Zekulin in a statement. “Drake’s perspective as a culture leader and entrepreneur combined with Canopy Growth’s breadth of cannabis knowledge will allow our new company to bring an unmatched cannabis experience to global markets.”

The launch of More Life, a nod to a mixtape the Toronto-based artist released in 2017, comes at a pivotal time for the cannabis industry. Canadian licensed producers have suffered from softer-than-expected sales amid a rocky roll-out of retail stores in the first year of legalized recreational pot, leading to many publicly-traded companies trading at multi-year lows. 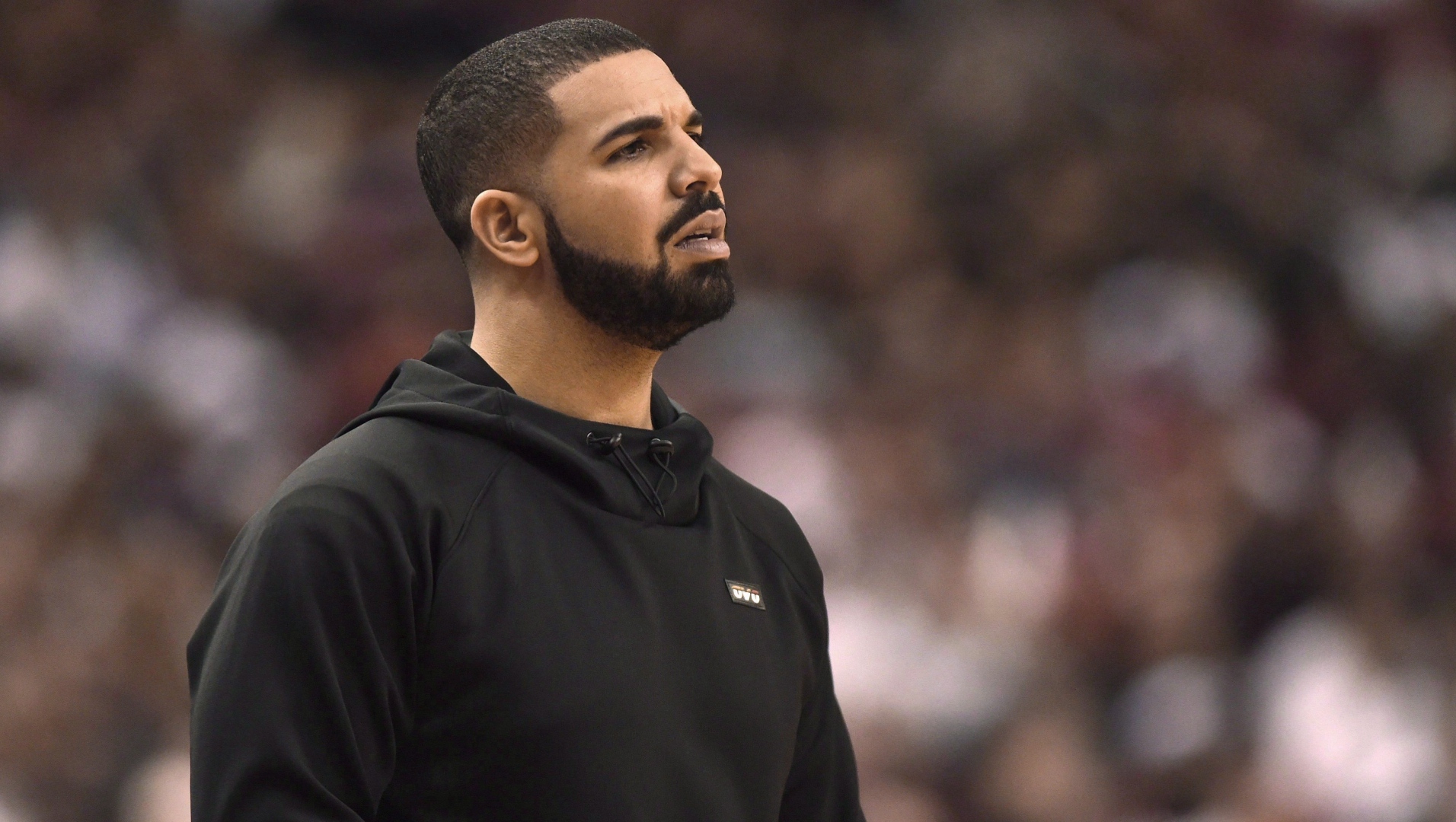 Does Drake’s pact with Canopy change your view of the pot sector?

However, having a global superstar of Drake's calibre enter the industry may spark renewed interest from consumers as well as consumer packaged goods companies wary about entering the space.

“By definition, Drake is business. He’s big business across the board,” said John Yorke, president of marketing consultancy Rain43, in an interview with BNN Bloomberg’s Jon Erlichman.

“Everything he touches has a business purpose behind it. Drake is about what’s cool, what’s hip, what’s out there. He has this ability, as his business, to be in front of every trend over the past 10 years.”

For Canopy, adding Drake as a partner significantly bolsters the Smiths Falls, Ont.-based company’s profile at a time when it has suffered several quarters of steep losses, seen its stock price tumble, and as it attempts to execute a management transition after ousting its former leader, Bruce Linton, who from the outside looking in praised the More Life partnership as demonstrating a high degree of sophistication.

“[Artists] have an interest in being in the business and most simply want to rent their brand,”  Linton told BNN Bloomberg in a broadcast interview Thursday. “And the reason that’s not very good alignment with companies is if someone rents their brand, at the end of the rental period if you did a good job, the brand is worth more and the renter tries to run off to the highest bidder and maybe the company gets screwed.”

“What’s really been done well with Drake and his team is that this is an alignment game where he’s in the business with Canopy,” Linton said, adding he hopes the deal becomes the equivalent of how the Beats line of headphones became a springboard for legendary rapper Dr. Dre.

Joining forces with a celebrity of Drake’s stature will help to endorse and validate cannabis to a mainstream audience, according to Beacon Securities Analyst Russell Stanley. It would also give Canopy Growth more global appeal from an investor perspective, he added.

“There still may be some people out there unfamiliar with cannabis investments but you’d be hard pressed to find someone who doesn’t know Drake,” Stanley said in a phone interview. 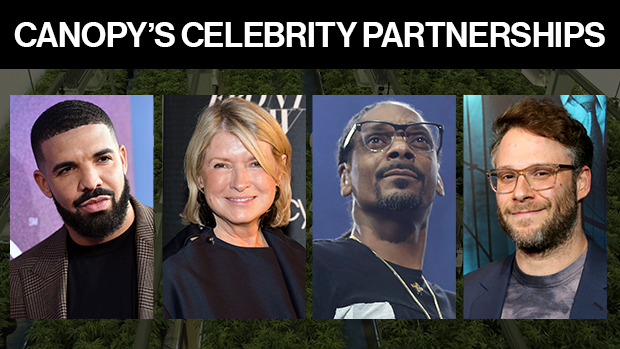 However, Jefferies LLC cannabis analyst Owen Bennett said that celebrity partnerships with cannabis companies are not a key driver of shareholder value and could create consumer confusion or even dilute sales for Canopy’s own brands.

“The [licensed producers] do not own the full economics for one, and second, they are typically quite niche, appealing to only a small subset of consumers. The true value comes from the fully owned core brands,” Bennett said in a report released on Thursday.

For Drake, attempting to become a pot power player is the next business venture for an artist who is one of hip-hop’s top-grossing acts of 2019 after earning US$75 million, according to Forbes. In June, Drake surpassed The Beatles for having the most Top 10 songs on the Billboard Hot 100 in a single year. He also surpassed Michael Jackson in 2018 for the most No. 1 songs by a male solo artist with 38 chart toppers.

Forbes estimates Drake’s fortune to be US$150 million, with his net worth increasing by 50 per cent in the past year. That’s thanks in part to his savvy investments and business ventures outside of his music empire.

Drake’s new connection to the cannabis industry comes after a series of high-profile ventures in the spirits sector. In 2016, he launched Virginia Black. The whisky brand sold 30,000 cases in its first year alone, according to his partner Brent Hocking. Earlier this year, Hocking and Drake – who goes by Champagne Papi on Instagram – teamed up to launch Mod Sélection Champagne. 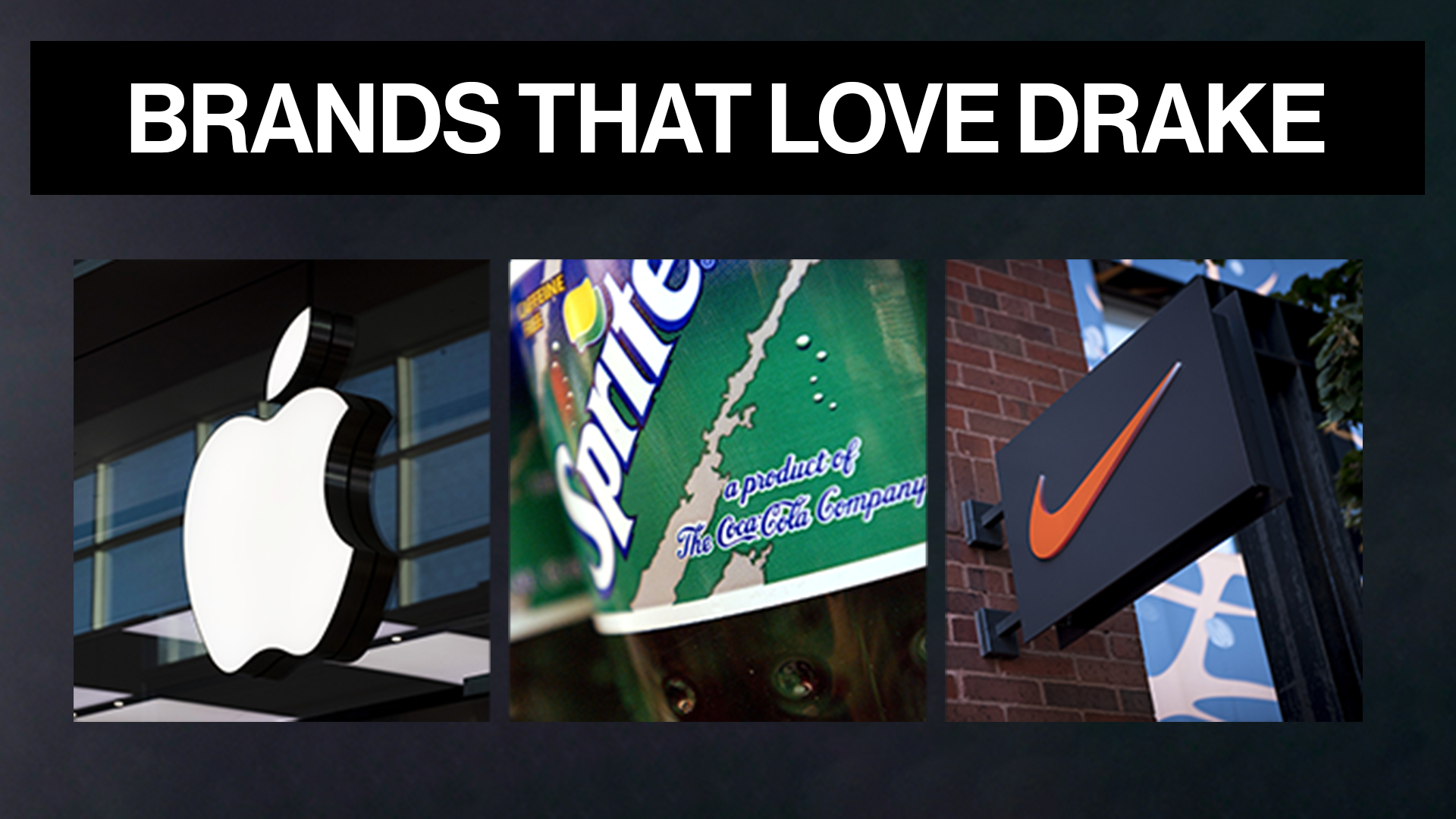 Last year, Drake made a move into esports, becoming a co-owner of startup 100 Thieves. Since Drake’s initial investment, the business has continued to grow and was valued in July at US$125 million, following a new round of financing.

Drake has also inked lucrative deals over the years with mega-brands such as Coca-Cola Co.'s Sprite, Nike Inc. and Apple Inc.

“[His] authenticity is unlike any other of a celebrity we’ve seen today,” Yorke said. “Drake knows how to create the business solution that creates the most reach.”