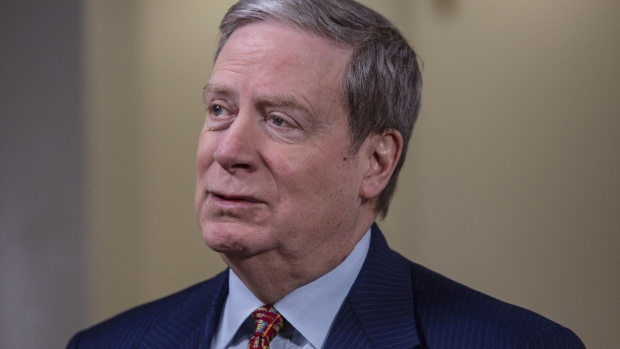 (Bloomberg) -- Stan Druckenmiller expects a recession in 2023, followed by markets that may stagnate for the following decade.

“I would be stunned if we didn’t have a recession in ‘23,” Druckenmiller, who runs Duquesne Family Office, said Wednesday at CNBC’s Delivering Alpha conference in New York, adding that he wasn’t ruling out “something really bad.”

The problem, he said, was the $30 trillion of quantitative easing that went on for 10 years and led to the current environment, adding that the Federal Reserve should have stopped easy monetary policy long ago. “When you have free money and bond buying for that period of time, it creates bad behavior,” he said.

Federal Reserve policymakers “have put themselves and the country, and most importantly the people of the country, in a terrible position,” Druckenmiller said in a subsequent interview with Bloomberg. “Inflation is a killer. To maximize employment over the longer term, you need to have stable prices.”

It’s unclear how high rates need to go to fix the problem, he added.

Tackling inflation is trickier now than it was in the 1980s, when Fed Chairman Paul Volcker pushed up rates to curb it, because “the economy wasn’t nearly as leveraged and we had not been through an asset bubble,” he said.

The S&P 500 has dropped more than 20% this year, as have many indexes in Europe and Asia. The dollar has strengthened against most major currencies, with the British pound at record lows against the US currency.

Druckenmiller said he’s been shorting stocks, running a portfolio that has been from 0% to 20% short since Jan. 5. He’s also made some money in currencies and in U.S., U.K. and European rates.

He predicted that the stock market would be at a relatively similar level in a decade to what it is now. Even so, money can be made, he said.

He’s bullish on biotechnology and said he’s long Eli Lilly & Co. because of its new diabetes and Alzheimer’s drug. He also said cryptocurrencies might benefit if distrust in central banks swells.

His big fear is that the Fed won’t complete its mission of cutting inflation. “I hope they finish the job,” he said. “You have to slay the dragon.”

In a separate discussion, Pimco Chief Investment Officer Dan Ivascyn said his base case is a “mild recession” and that he thinks a soft landing is still possible.

Elsewhere at the event, Rockefeller University Chief Investment Officer Paula Volent expressed caution about the global macro environment. The endowment has been shifting its bets accordingly, she said.

Volent said the endowment has become more concerned about Europe and more interested in Latin America, where investors could benefit from rising commodity prices. It’s become more bearish on China too.

The investment committee has called for the endowment to cut back on China amid geopolitical risks, she said.

She’s has been accumulating cash on hand to make new bets in unsettled markets.

“Right now I have much more cash than I have ever had,” she said.

Venture funds launching in the next two years or so will prosper given that company valuations slumping, she added.