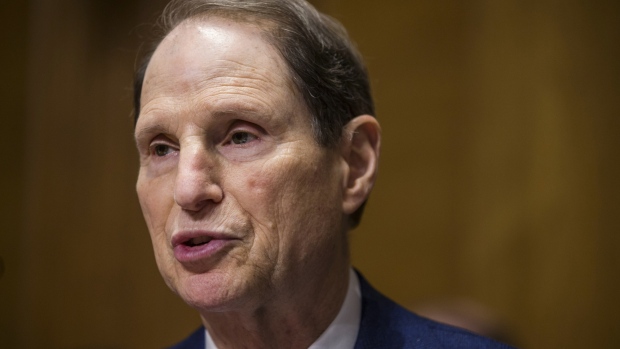 A highly anticipated Senate hearing on surging drug prices that was billed as a replay of a decades-ago public reckoning for the tobacco industry produced few memorable fireworks.

Instead, what emerged was a broad recognition that the U.S. health-care system is complex, and that easy fixes are in short supply.

Lawmakers from the Senate Finance Committee largely refrained from bashing seven senior pharmaceutical executives who came to Capitol Hill to explain why medicines cost so much. Many of the techniques the industry has used to preserve its profits from blockbuster drugs came in for criticism, but company officials were able to place much of the blame on a patchwork of incentives that culminates in high out-of-pocket costs for patients.

“I feel like I need a Ph.D. in prescription drug-pricing to understand how the heck this industry works,” said Senator Maggie Hassan, the New Hampshire Democrat.

The hearing marks the start of what is likely to be a prolonged bipartisan push to tackle soaring health costs that could extend far beyond drugmakers. Republicans and Democrats have been largely in agreement on the need to address an acute source of strain for many American families. The Trump administration has proposed new rules and approved a slew of new generic drugs, and has signaled openness to more ambitious changes.

Iowa Republican Chuck Grassley, the committee’s chairman, said it wasn’t yet clear which issues the Senate would act on first. Grassley has previously pushed legislation that would do away with various moves branded drugmakers have used to thwart generic competition.

“They realize there’s a problem and I think every one of them is going to help us solve it,” Grassley said to reporters after the hearing concluded.

Investors appeared relieved that the industry was spared a pointed public thrashing. The S&P 500 Pharmaceuticals Index, which includes heavyweights such as Bristol-Myers Squibb Co. (BMY.N) and Pfizer Inc. (PFE.N), was modestly higher in midafternoon trading, bucking a slide in the broader U.S. stock market.

“The only way things could have gone sideways is if a CEO got baited into losing their cool and going off script,” said Rob Smith, an analyst at Capital Alpha Partners, a Washington-based research firm. “They’ve stuck to the same talking points we’ve heard for years.”

The most intractable issue in crafting any new legislation is likely to be determining which part of the drug-supply chain is most responsible for increasing prices and which part of the industry can withstand major changes without destroying jobs or profits.

At Tuesday’s hearing, pharmaceutical executives stuck to their oft-rehearsed argument that rebates for drug-plan middlemen have clouded the true price of prescription drugs. Most of them said that they would lower list prices for their drugs if rebates were to disappear -- a proposal that would upend the pharmacy-benefit management business.

Lawmakers had warned drugmakers not to blame others for higher costs. Oregon Senator Ron Wyden, the ranking Democrat on the panel, called the idea that rebates and other fees are to blame for high drug costs “window dressing,” suggesting pharmaceutical companies bare the bulk of responsibility for high patients costs for lifesaving medicines.

But Wyden also indicated PBMs and health insurers would have their turn before the panel. Indeed, shares of prominent pharmacy-benefit managers declined more deeply than most drug stocks on Tuesday. Cigna saw its shares slide by as much as 1.8 per cent as of 2:20 p.m. in New York, while CVS fell by as much as 1 per cent.

Frazier said those economics handcuff drugmakers. “If you bring a product to the market with a low list price in this system you get punished financially,” he said during the hearing.

Lawmakers also probed the executives on patent protections that shield many blockbuster therapies from competition -- in some cases, for years past when the original patent for the medications lapsed. Senators pushed AbbVie Inc. CEO Richard Gonzalez on the fortress of 136 patents the company has erected around arthritis drug Humira, one of the biggest-selling medicines in the world.

“That patent portfolio evolved as we discovered and learned new things about Humira,” Gonzalez said. The main patent, known as the composition-of-matter patent, expired in 2016, but AbbVie was able to continue to protect the drug with patents for new uses.

Senator John Cornyn, a Texas Republican, said he would suggest the Judiciary Committee on which he also sits look into patents.