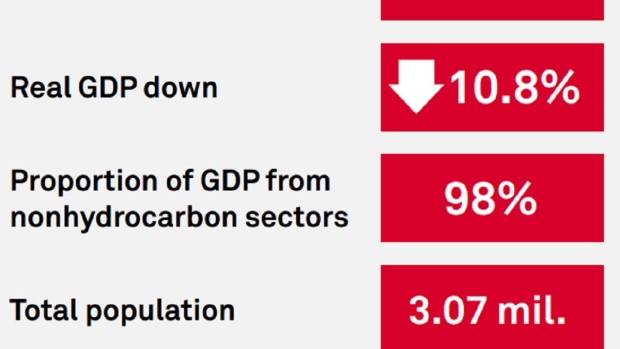 (Bloomberg) -- Dubai’s population dropped by 8.4% last year, the steepest decline in the Gulf region, as expatriate workers were forced to leave amid the economic upheaval wrought by the coronavirus pandemic, S&P Global Ratings said.

The drop in Dubai -- the Middle East’s hub for business and tourism -- compares with a 4% decline for the six-nation Gulf Cooperation Council, according to S&P estimates. Job losses accelerated in the region last year as the pandemic spread.

Expatriates make up the majority of the population in the United Arab Emirates, of which Dubai is a part. Residency permits in the country are usually tied to employment and many expatriates have to leave if they lose their jobs.

The launch of the World Expo 2020 exhibition, delayed for a year, is set to “provide a platform for a recovery in activity,” analysts including Sapna Jagtiani wrote. Still, the ratings agency expects Dubai’s gross domestic product in dollar terms to return to 2019 levels only in 2023.

Key sectors in Dubai, particularly real estate, tourism, hospitality, and retail, will likely remain under pressure for the next 12-24 months, S&P said.

To combat the effects of the pandemic and lower oil prices, the UAE took unprecedented measures last year. The country started allowing full foreign ownership in firms, eased rules for obtaining citizenship and tried to lure in foreigners with retirement programs.

Oxford Economics had predicted a 10% drop in the UAE’s population in May. In an updated report issued in December, its economists said the country’s expatriate population will likely decline in line with their previous estimate, given significant cuts in key sectors.