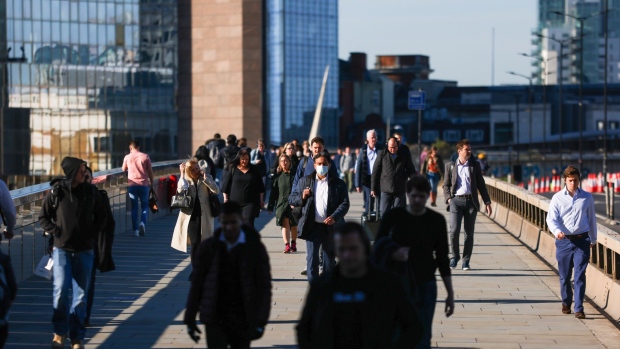 (Bloomberg) -- Deutsche Bank AG’s DWS Group is weighing a sale of one of its largest London office assets as the easing of pandemic restrictions tempts buyers back to the city’s real estate market.

The asset manager has appointed advisers to gauge buyer interest in the Bankside 2 and 3 buildings on the south bank of London’s River Thames, people with knowledge of the sales process said, asking not to be identified because the process is private. The offices are leased to advertising giant Omnicom Group Inc. and were recently valued at 428 million pounds ($597 million).

A spokesman for DWS, which is majority-owned by the German bank, declined to comment.

The 16-month drought in major London real estate deals caused by the pandemic is coming to an end as a raft of trophy properties are put up for sale, tapping into pent up investor demand. The London headquarters of UBS Group AG and Bank of New York Mellon Corp. are among the large office blocks that have been offered for sale in the past month.