Software firm Dye & Durham Ltd. is weighing walking away from pursuing Australian data-services outfit Link Administration Holdings Ltd., according to people familiar with the matter, potentially ending a deal that was once worth $3.2 billion (US$2.5 billion).

The Toronto-based firm may not table a new offer for the Australian pension fund management platform after its revised bids were rejected, according to the people, who asked not to be identified as the matter remained confidential.

No final decision has been made and Dye & Durham could still proceed with its pursuit of Link, the people said. Representatives for Dye & Durham and Link declined to comment.

Shares of Link slumped as much as 5.7 per cent in their biggest decline in nearly four weeks after the Bloomberg News report, giving it a market value of about $1.3 billion. 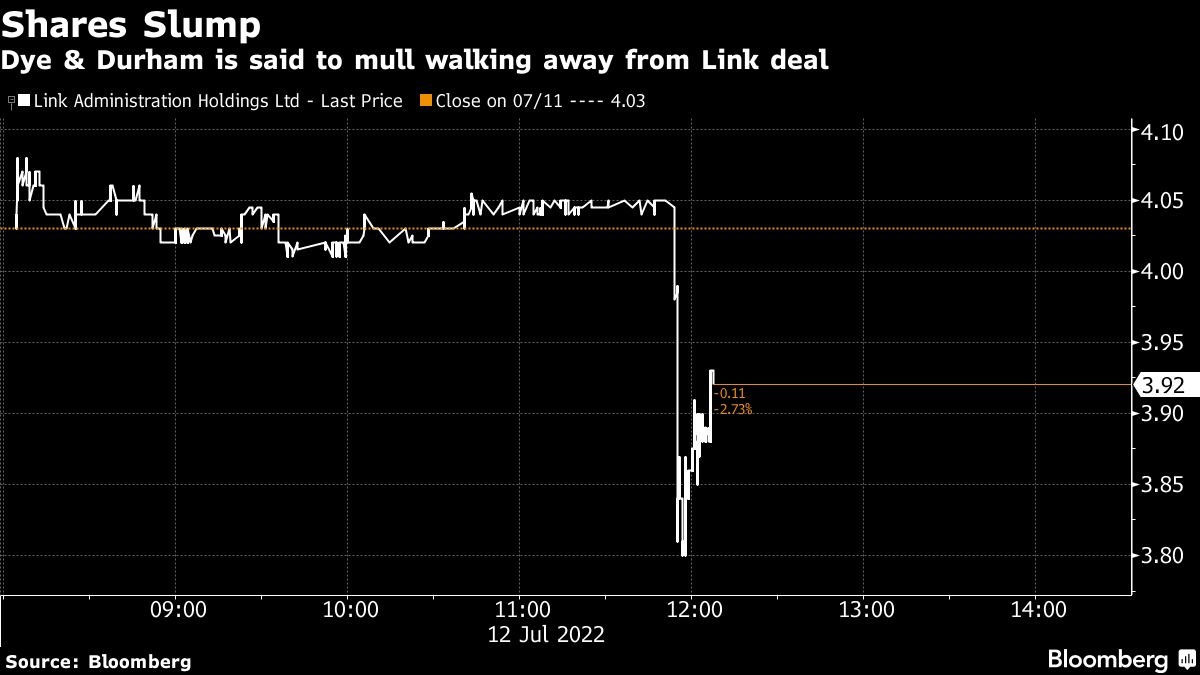 Link has rejected Dye & Durham’s takeover offer for the second time in as many weeks after the Canadian company attempted to revise down the price of an earlier agreed deal dating back to December for A$5.50 per share.

Dye & Durham has been trying to cut the price after a global selloff in technology and software stocks, including a 28 per cent drop this year in the shares of real-estate conveyancing unit Pexa Group Ltd., of which Link is the major shareholder.

The Canadian suitor would be liable for a reverse break fee of A$28.62 million if it chooses to terminate the deal, according to an earlier agreement.