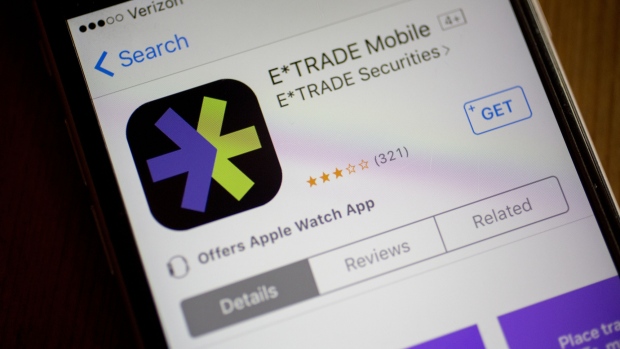 (Bloomberg) -- E*Trade Financial Corp. is getting ready to let customers trade cryptocurrencies on its platform, according to a person familiar with the matter.

The firm will start by adding Bitcoin and Ethereum, and will consider adding other currencies in the future, said the person, who asked to remain anonymous because the matter is private. A spokesman for E*Trade declined to comment.

E*Trade would be one of the largest securities brokerages to allow crypto trading. It will enter into a competitive market with startups like Coinbase Inc., which have made names for themselves as go-to places for such transactions. Closely held Coinbase reached a valuation of $8 billion in 2018 and projected sales of $1.3 billion. Fintech startup Robinhood, most recently valued at $5.6 billion, has also added cryptocurrency trading as a way to woo millennial customers.

The arrival of E*Trade could help to legitimize cryptocurrency trading for wary investors. On Thursday, New York’s attorney general accused the operator of one prominent crypto exchange of hiding the loss of about $850 million, sending Bitcoin’s price tumbling. Bitcoin has failed to rise back to levels it hit at the end of 2017, when it surged to nearly $20,000, but it’s still worth about 35 percent more than it was at the start of 2019.

To contact the reporter on this story: Julie Verhage in New York at jverhage2@bloomberg.net

To contact the editors responsible for this story: Mark Milian at mmilian@bloomberg.net, Anne VanderMey, David Scheer