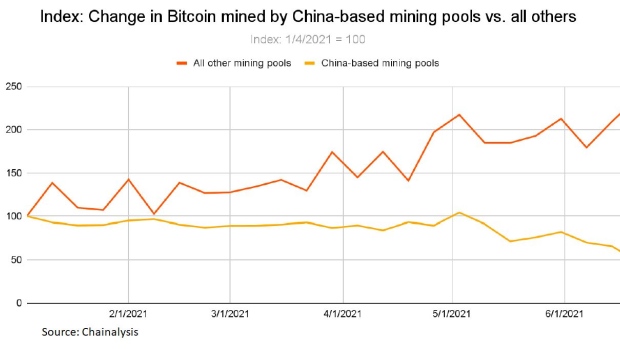 (Bloomberg) -- East Asia’s share of global cryptocurrency transaction volumes halved amid China’s crackdown on the industry, according to a study from Chainalysis.

Since the start of 2021, mining proceeds more than doubled for the top 20 mining pools outside China, versus a roughly 50% drop for those in China, according to the report.

The famously volatile cryptocurrency sector swooned under China’s clampdown but has since recovered its poise as mining shifted away from the world’s second-largest economy. Bitcoin has doubled since a June low and is in sight of the all-time high of nearly $65,000 set in April.