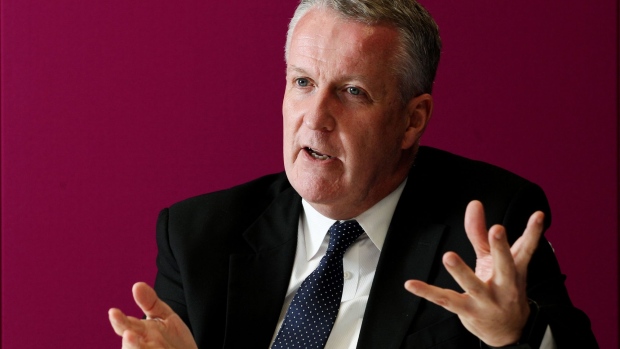 Peter Bellew, chief executive officer of Malaysia Airlines Bhd. (MAS), speaks during an interview in Kulala Lumpur, on Monday, July 24, 2017. Malaysia Airlines is in talks with potential investors for new charter flights to carry Muslim travelers on the annual Hajj pilgrimage, a service planned to give a new lease of life to surplus A380 superjumbos at the unprofitable carrier. Photographer: Goh Seng Chong/Bloomberg , Bloomberg

Bellew, who joined from Ryanair Holdings Plc after a bitter legal battle in 2019, will be succeeded as interim COO by David Morgan, who has filled the role on a temporary basis previously, EasyJet said in a statement Monday. While Bellow resigned as of July 1, he’s committed to a smooth transition, it said.

EasyJet shares fell as much as 4.6% in London.