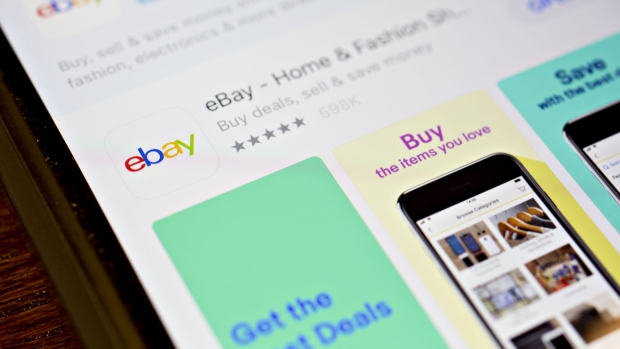 EBay Inc. (EBAY.O) gave an upbeat profit forecast for the current quarter and said it would start paying a quarterly dividend, signaling Chief Executive Officer Devin Wenig is willing to work with activist investors who have requested such measures as a way to boost value.

The online marketplace is initiating a dividend of 14 cents a share and is expanding its stock buyback program by an additional $4 billion, EBay said in a statement Tuesday. The company plans to return about US$5.5 billion to shareholders this year. Shares rose about 3.4 per cent in extended trading.

Chief Executive Officer Devin Wenig has been trying to accelerate EBay’s growth since he took over as CEO following the company’s 2015 split from faster-growing payments business PayPal Holdings Inc. But investors have been losing patience. Last week Elliott Management Corp. sent a letter to EBay’s board outlining steps it says are “urgently needed” to boost the company’s value. Elliott, which owns more than 4 per cent of EBay, proposed a five-step plan that involves reviewing EBay’s portfolio of companies, including ticket marketplace StubHub, revitalizing the company’s product marketplace and buying back shares.

By issuing a dividend, EBay diverted investor attention from lackluster growth to the underlying value of an online platform that sells nearly US$100 billion in goods annually to 179 million global customers.

"This suggests EBay is willing to work with these activist investors to unlock value," said Vic Anthony, analyst at Aegis Capital Corp. "EBay is a value stock and no longer a growth story."

Earnings, excluding some items, will be 62 cents to 64 cents a share in the first quarter, the San Jose, California-based company said. The profit outlook topped analysts’ average estimate of 61 cents. Fourth-quarter adjusted earnings were 71 cents a share, also beating estimates.