Growth and inflation fears are overdone at this point: Global market strategist

Christine Lagarde promised that the European Central Bank has learned from the errors of past crises and won’t derail the current economic recovery by withdrawing emergency support too early.

The ECB president spoke Thursday as the central bank put into action the new monetary policy strategy it hammered out over the past 18 months. It revised guidance on interest rates, tying policy shifts more tightly to hitting its new 2 per cent inflation goal, and said it won’t necessarily react immediately if price growth exceeds that target for a “transitory” period.

The measures reinforce the ECB’s efforts to convince markets that it will keep ultra-loose policy, including record-low negative interest rates, in place for as long as needed to revive price stability.

Lagarde’s remarks reverberated across Europe’s government bond market, with investors piling into the debt of the region’s most economically vulnerable nations such as Italy and Spain.

“It means that the new strategy indeed marks a shift toward more dovishness,” Carsten Brzeski, an economist at ING, wrote in a report. Bloomberg Economics, meanwhile, said it expects the central bank to pump more stimulus into the economy in September with more asset purchases.

The ECB’s guidance change means that even if inflation is at the target at the end of its forecast horizon -- as much as three years out -- it won’t be forced to respond with tighter policy.

Officials currently foresee price growth averaging just 1.4 per cent in 2023, which suggests any rate hike is years away. 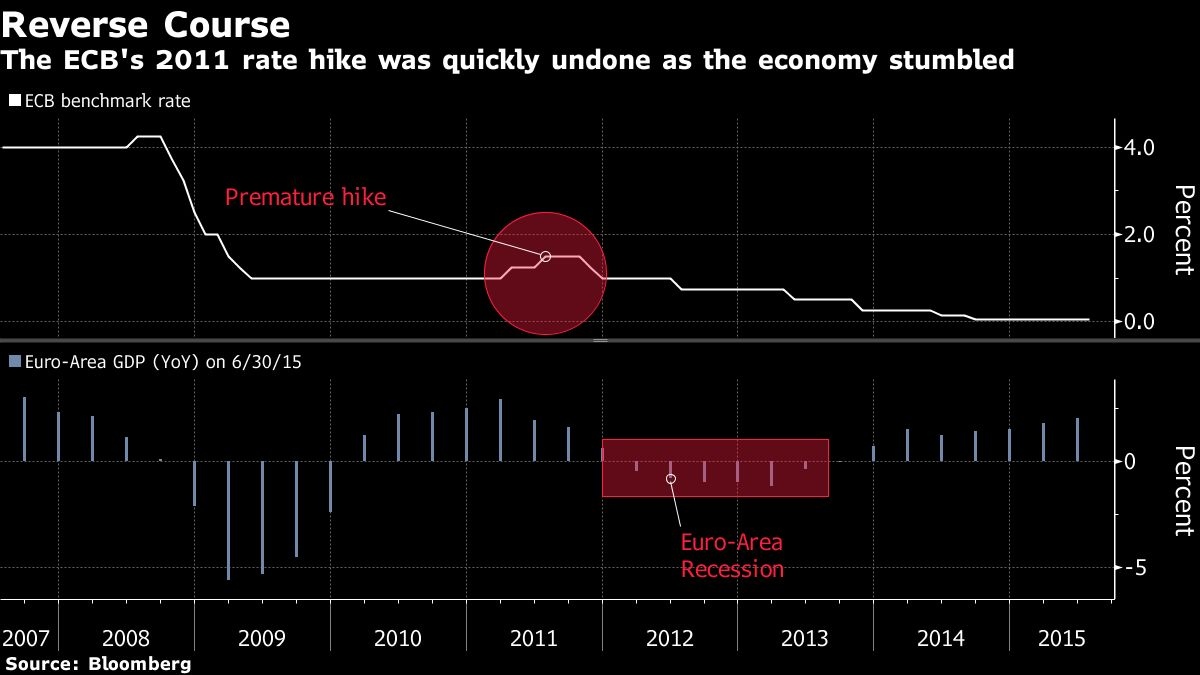 “We’re informed by past experience and by most recent history,” Lagarde told reporters. She referred to “this element of patience” and said the new guidance is “intended to avoid premature tightening that would be detrimental to the economy.”

The remarks about learning from the past call to mind another French ECB president, Jean-Claude Trichet, who raised borrowing costs in 2011 to curb elevated inflation in what subsequently looked very ill-timed.

The hikes were quickly reversed the same year when Mario Draghi took over and the euro-area debt crisis engulfed the economy.

The ECB’s promise of continued ultra-loose policy sets it apart from some of the world’s biggest central banks. In the U.S., where inflation is running above 5 per cent, Federal Reserve officials are already discussing when to start tapering their stimulus. Some policy makers at the Bank of England have said a reduction in bond buying should be considered soon.

What Bloomberg Economics Says...
“The new forward guidance reflects the commitment in the strategy review to more vigorous action... We think the next step will be an increase in asset purchases at the September meeting.”

Not all ECB policy makers were on board with the new language. Bundesbank President Jens Weidman and Belgian Governor Pierre Wunsch were opposed, saying the wording can be seen as making too much of a long-term commitment to loose monetary policy, according to officials familiar with the meeting. An ECB spokesman declined to comment.

Lagarde said in her press conference that backing for the change wasn’t unanimous, though there was an “overwhelming majority” behind it.

Some policy makers were already concerned that the currency bloc and much of the rest of the world are now seeing a sharp pickup in inflation, driven by booming demand and constrained supply as coronavirus restrictions are withdrawn.

“Inflation has picked up though this increase is expected to be mostly transitory,” Lagarde said. 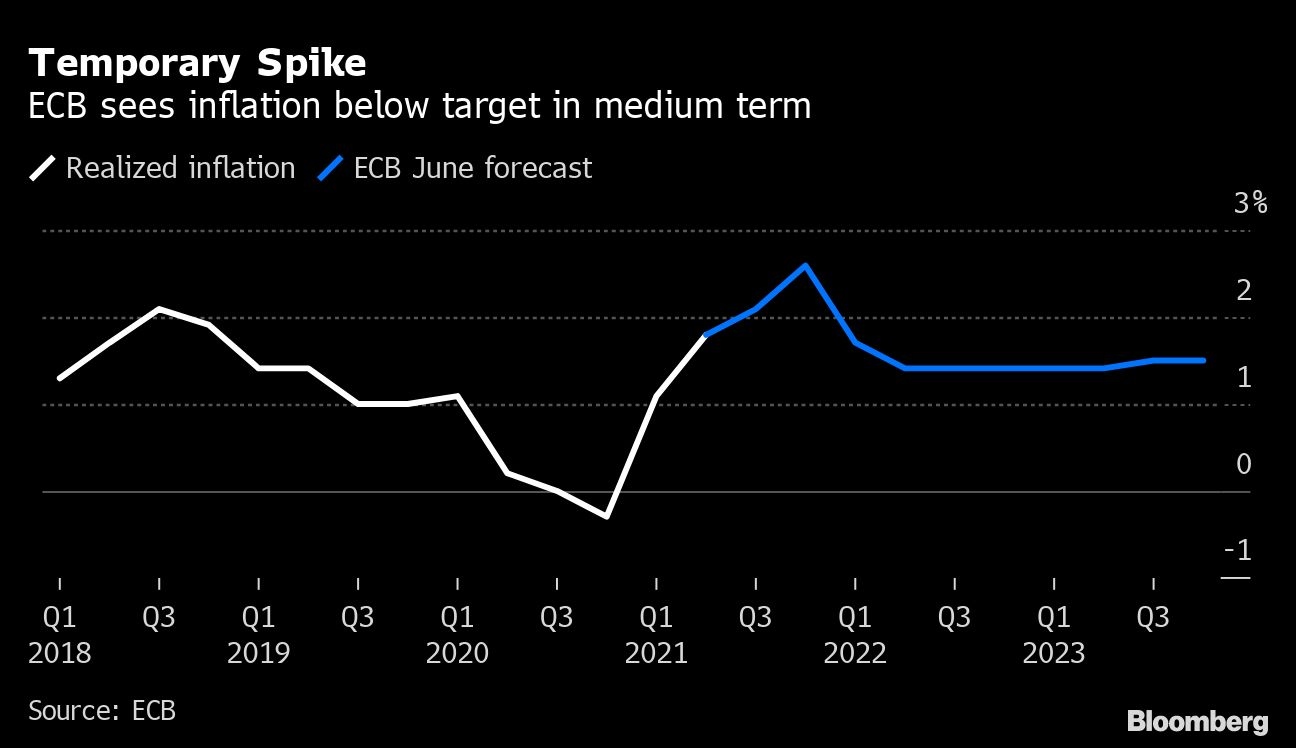 The Governing Council now turns to more key decisions after the summer, when it’ll have to start considering how and when to wind down the pandemic purchase program and what should replace it. Lagarde said updated forecasts due to be published at the September meeting will “certainly have an impact on what we do.”

She also noted that the COVID-19 pandemic “continues to cast a shadow” as variants spread. Former ECB chief economist Peter Praet posed the prospect of more pain ahead in an interview with Bloomberg TV.

“I think we have probably the maximum good news on the economy now,” he said.