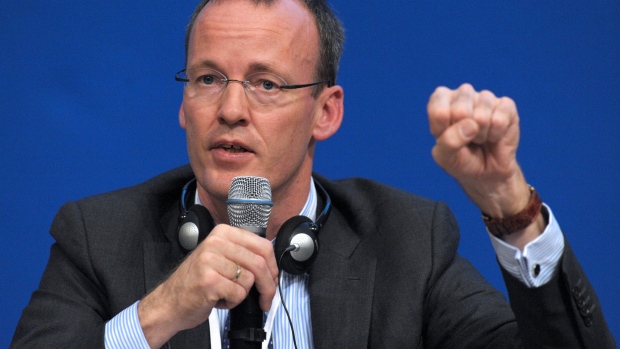 European Union rules meant to rein in excessive borrowing by its member states need to become more flexible in order to allow for more public investment outside of extreme circumstances, said Klaas Knot, the president of the Dutch central bank.

Governments should be able to boost economic growth through spending when interest rates are low and central banks lack room for maneuver, which the current rulebook doesn’t sufficiently cater for, Knot said. While the suspension of the EU’s debt limits during the pandemic was welcome, such an “all-or-nothing” approach isn’t the best way to achieve a balanced economy, he said.

“Flexibility should somehow be a more intrinsic feature of the system, and not one that arises only in emergencies,” Knot, who’s also a member of the European Central Bank’s Governing Council, said in a speech in Rotterdam on Friday. “As the current low interest rate environment is likely to persist, we need a structurally larger role for fiscal policy in macroeconomic stabilization for the foreseeable future.”

The EU suspended its fiscal rules, which normally limit budget deficits to 3% of economic output, after the coronavirus triggered the steepest recession in living memory. The waiver will remain in place through 2022 as premature fiscal support would threaten the recovery, the European Commission said this month.

The EU also broke long-standing taboos such as joint debt issuance in the face of diverging fortunes between its member states. An 800 billion-euro ($975 billion) recovery fund that’s now being rolled out “is a big step in the right direction” as it improves the coordination between countries, Knot said. “If it becomes a tangible success, it would of course set a precedent, with the promise of more to come.”

The Netherlands had long been a holdout during Europe’s negotiations about how to allocate some of the funds to underpin the recovery. When Prime Minister Mark Rutte finally agreed to the plan, he -- along with his colleagues from Austria, Denmark and Sweden -- had managed to reduce the amount highly indebted southern countries would receive as grants.

Rutte also insisted during the talks that he wanted to see conditions attached to any transfers that would make sure nations implement reforms to make their economies more competitive.