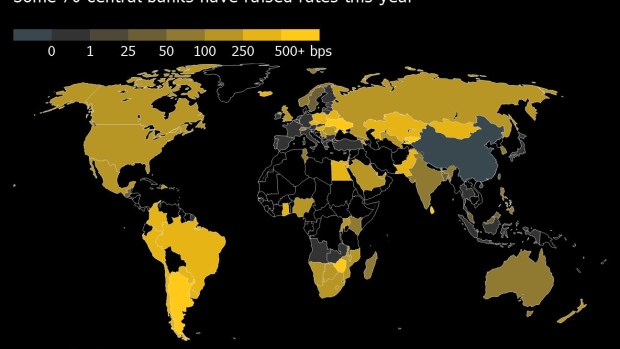 (Bloomberg) -- Acting too slowly in the fight with inflation would risk more economic damage down the line, according to European Central Bank Governing Council member Joachim Nagel.

“Central banks must not respond with too little, too late,” Nagel said Thursday in a speech. “If monetary policy falls behind the curve, even stronger hikes in interest rates could become necessary to get inflation under control. This would create much higher economic costs.”

The ECB is set to raise rates for the first time in more than a decade next month, and is likely to follow that quarter-point increase with a bigger one at its next meeting, in September. But it hasn’t responded as quickly as the Federal Reserve and the Bank of England to record inflation, which is now more than four times the 2% target.

Nagel also said inflation expectations by German households and firms “are somewhat less anchored than, say, a year ago.” That development is “worrying” because it increases the risk that inflation becomes more persistent, he said.

While expectations for price growth by professional forecasters and those based on financial-market data remain close to the ECB’s goal, “there are initial signs of above-target revisions, and according to some empirical approaches, the risk of inflation expectations becoming de-anchored has risen over the past months,” Nagel said.