The European Central Bank will slow down the pace of its pandemic bond-buying program, an acknowledgment that the euro area’s recovery is strong enough to endure on less support.

The Governing Council decided to conduct purchases at a “moderately lower pace” than the roughly 80 billion euros (US$95 billion) of monthly acquisitions deployed in the past two quarters, according to a statement on Thursday.

Officials also reiterated a pledge to keep the 1.85 trillion-euro program running until March 2022 or later if needed, signaling they’re not yet ready to discuss how and when to end emergency stimulus. Their stance differs from that of the Federal Reserve, whose policy makers are preparing to start a wind-down of asset purchases later this year. 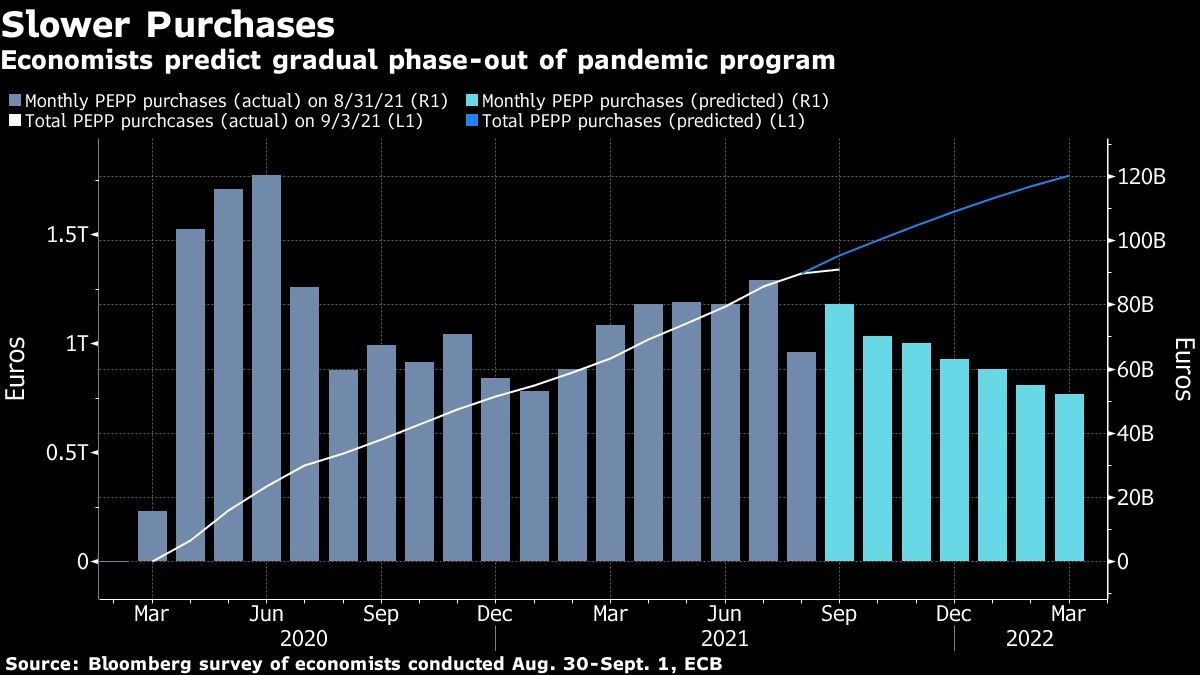 “The rebound phase in the recovery of the euro area economy is increasingly advanced,” President Christine Lagarde said in a press conference following the decision. She cautioned that “the global spread of the delta variant could yet delay the full reopening of the economy.”

The euro trimmed gains as she spoke, trading little changed on the day at around $1.1819 as of 2:43 p.m. Frankfurt time.

With supply-chain disruptions and resurgent virus infections threatening to undermine the recovery and medium-term price pressures likely to remain well below the 2 per cent goal, officials have insisted in recent weeks that the euro-area economy is in a different state than the U.S. and remains reliant on ECB support.

Yet some governors have started to warn publicly that maintaining an ultra-accommodative stance for too long also carries risks. Austria’s Robert Holzmann and Klaas Knot of the Netherlands both told Bloomberg in separate interviews last week that emergency asset purchases should end in March, hinting at heated discussions about the policy path in the months ahead.

The ECB’s main guide will be financing conditions across the 19-nation bloc. Government bond yields and the euro slid over the summer months, before picking up again recently in anticipation of Thursday’s announcement.