The share of the wealth held by the richest 1 per cent in nations including the U.S., China, Brazil and India jumped in the fallout from the pandemic, fueled by efforts to curb the effects of the virus, according to Credit Suisse Group AG.

Brazil’s rich boosted their share by 2.7 per cent last year to make up almost 50 per cent of the nation’s wealth, the most of 10 countries cited in the Swiss bank’s Global Wealth Report released Tuesday.

The richest 1 per cent in eight of the 10 nations boosted their share of the wealth last year, primarily due to interest rates cuts following the COVID-19 outbreak, Credit Suisse said in a report Tuesday. 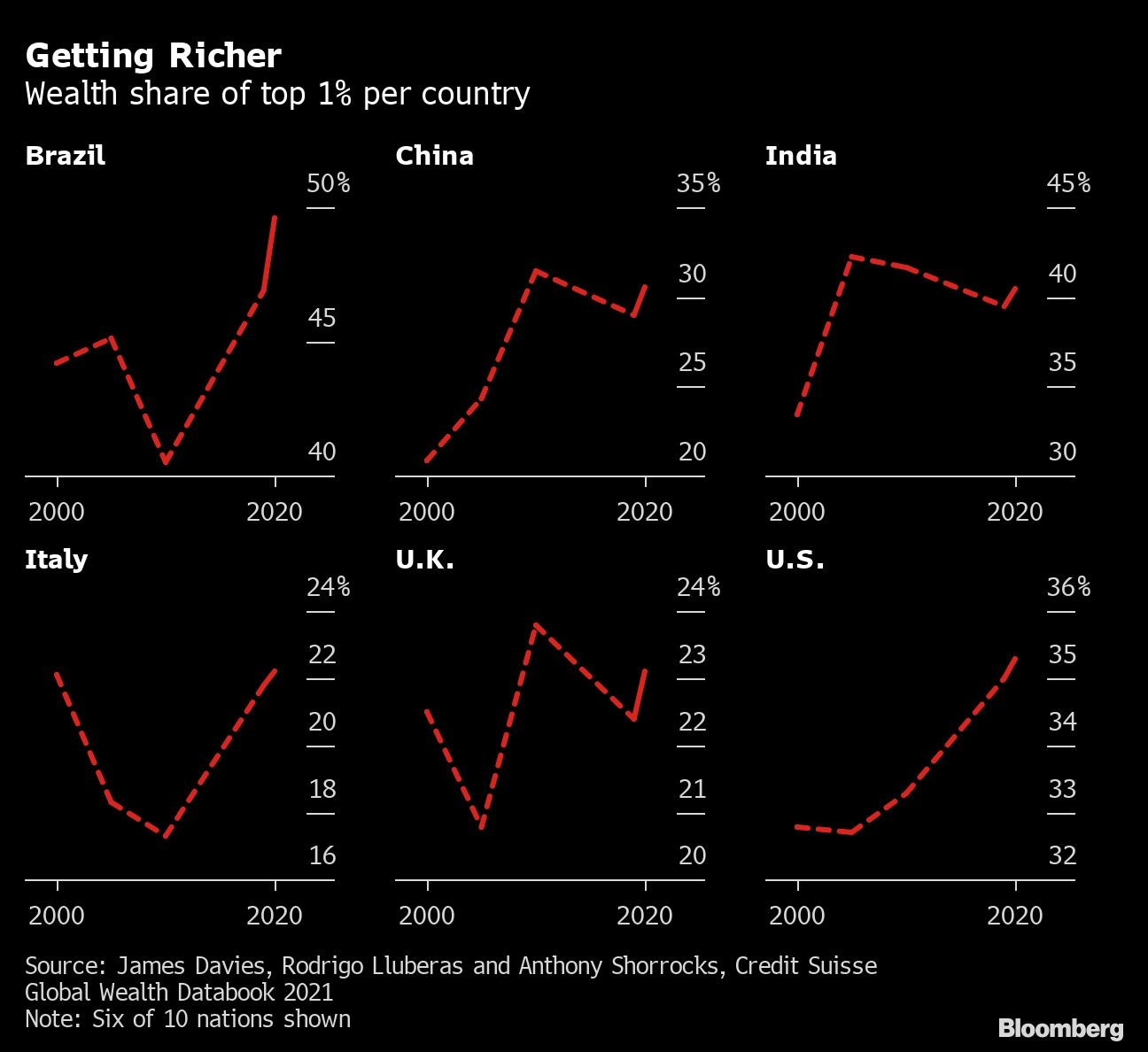 The report highlighted the rapid gains in fortunes across the world -- the world’s 500 richest people added US$1.8 trillion to their combined net worth last year, according to the Bloomberg Billionaires Index -- but also increasing disparities.

“The top wealth groups are relatively unaffected by reductions in the overall level of economic activity and, more importantly, they have also benefited from the impact of lower interest rates on share prices and house prices,” the report stated.

The Gini coefficient -- a more broad-based measure of inequality that captures changes at both ends of the spectrum -- increased during 2020 in all of the 10 nations selected for the study except in the U.S., where it fell marginally, Credit Suisse said. Global household wealth totaled US$418 trillion at the end of 2020, rising 7.4 per cent from 12 months previously, it added.

Rapid wealth creation, inequality and government deficits are driving movements around the world to tax the wealthy.

U.S. President Joe Biden is seeking to increase capital-gains taxes and the amounts that wealthy heirs pay when they inherit assets. An independent U.K. commission in December called for a one-off wealth levy to raise about 260 billion pounds (US$361 billion), while other nations including Argentina and Bolivia have already raised funds in the past year from measures targeting the rich.