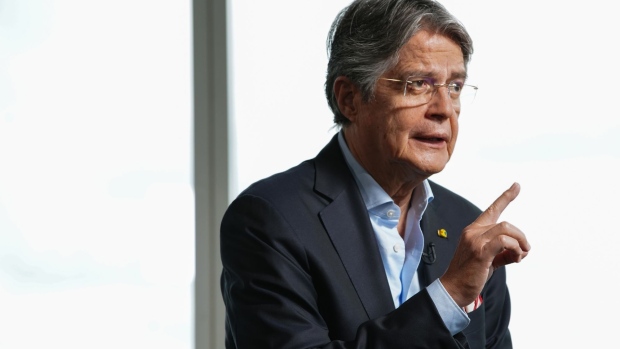 Lasso had previously rejected demands for a price freeze, which will complicate his efforts to curb spending to comply with fiscal targets under the nation’s deal with the International Monetary Fund, but changed course after indigenous leaders threatened to organize street protests.

“We’ve listened to you, the citizens, and to the social and political sectors to generate accords that will take us to a stable environment in which the economy can grow and generate employment,” Lasso said Friday in a speech in Guayaquil.

Lasso had been trying to reduce fuel subsidies due to their high fiscal cost, arguing that they are inefficient and disproportionately benefit wealthier Ecuadoreans. In late 2019, the previous government attempted to eliminate the subsidies, but was forced to reverse course by violent demonstrations and road blocks which paralzyed swathes of the country.

The umbrella indigenous organization CONAIE and trade unions had called for the price freeze, with CONAIE threatening fresh protests.

Lasso has pledged to resubmit a progressive tax reform raising income taxes for the wealthiest 3% next week.

The governments of Brazil, Mexico and Argentina have also attempted to curb some fuel price rises, including cooking gas, as inflation surged across the region in recent months.