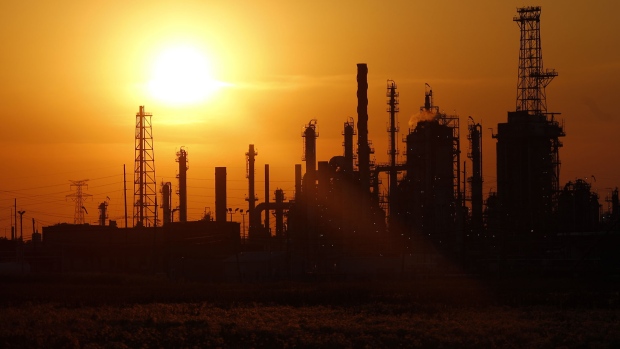 OPEC is getting smaller, again.

Ecuador said Tuesday it will leave the Organization of Petroleum Exporting Countries in January. For OPEC, the departure matters more in symbolism than barrels -- Ecuador is one of its smallest producers, but stated clearly it wants to leave the group to boost oil revenues at a moment when the whole cartel is suffering from low prices. It also comes less than a year after Qatar announced it would leave, saying it wanted to focus on natural gas production.

“Ecuador is being honest about not being able to subject itself to further cuts,” said Schreiner Parker, vice president for Latin America at consultant Rystad Energy. The departure comes amid efforts by Ecuadorian President Lenin Moreno to reverse economic policies imposed by his predecessor. “Moreno wants to pursue his own policies, and is more market-friendly than people originally thought,” said Parker.

Ecuador has been in breach of its promised production limits every month this year. In 2017, Ecuador said it wasn’t going to abide by the quotas, prompting a phone call from Saudi Arabia’s then-energy minister, Khalid al-Falih. In February, Ecuador’s Resources Minister Carlos Perez said again that the nation would produce more than its limit.

“We will continue to produce what we need,” Perez said at the time. “Do not forget that what is decided in OPEC is not mandatory.”

The exit sends a message to the oil industry that Ecuador is open for business in a region where Venezuela is hobbled by sanctions and economic collapse, Mexico has halted any new bid rounds, and political uncertainty is restraining investments in Argentina. Removing the risk of future OPEC-related constraints on production will make it easier to attract drillers and get financing.

“It sends a signal that at the moment their interest is in bringing in a lot of investment, and it may open up new markets. You have to figure all that was part of the decision making,” said John Padilla, managing director of IPD Latin America LLC. “Particularly given the vacuum created by the sanctions in Venezuela and the drop off in Mexican production, it’s an interesting marketing signal.”

Oil fell to the lowest in almost two months on Tuesday as the outlook for the global economy darkened, signaling that OPEC will need to cut production further if it wants to balance out the global market. The cartel will need to cut 3 million barrels a day by the end of 2020 to shore up prices, according to estimates from Rystad. OPEC output sank the most in 16 years last month after an attack on Saudi Arabia’s energy facilities. The group and its allies have committed to cutting supply by 1.2 million barrels a day to support prices.

OPEC didn’t immediately respond to a telephone call and email made after normal business hours.

Ecuador is currently developing a 1.6-billion barrel heavy crude oil field in part of the Yasuni National Park. Protests by indigenous and environmental organizations have stopped efforts to develop the oil industry in the southern half of its Amazon territories, which officials have pushed for opening to tenders as soon as 2020.

Perez, a career private sector oilman, has scrapped plans for a refinery project and reintroduced production-sharing agreements that helped to attract foreign oil investment until the prior president scrapped them. Correa raised taxes on the industry and seized assets, including from oil company Perenco SA, which won an arbitration case last month that will force Ecuador to pay close to US$500 million.

Ecuador’s reversal of Correa’s brand of 21st Century socialism also includes a renewal of ties with the International Monetary Fund and other multilateral lenders, who have pledged to provide US$10.2 billion in loans through 2021. The exit announcement came just before the president was due to unveil structural reforms to meet IMF program requirements.

Still, the news was a surprise to some.

“I had no idea this was coming,” said Santos, who only days ago had recommended Ecuador leave OPEC while sitting on a panel in Quito with Perez. “Major companies were always in fear of coming to Ecuador and having the OPEC quotas imposed on them.”

--With assistance from Lucia Kassai.