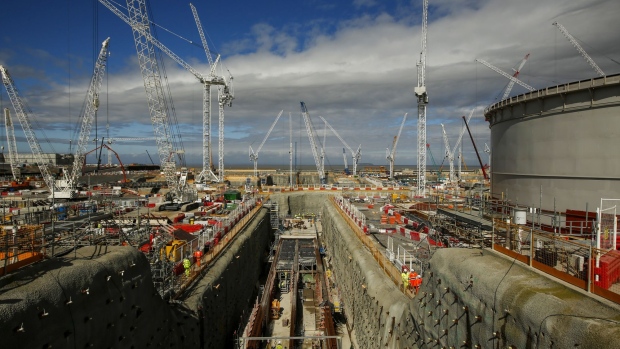 In October 2014, EDF announced it would build the U.K.’s first nuclear reactors since 1995 after reaching a deal with the government on guaranteed prices for the power they’d generate. The energy firm also said the project would benefit from a British credit guarantee on conditions that were yet-to-be agreed.

EDF and former chief executive officer Henri Proglio should have specified in a statement a year later that the U.K. had said it would impose heavy equity requirements to provide the credit guarantee, according to Bernard Field, an official at the Autorité des Marchés Financiers. Those were a game-changer, he said at a Friday hearing of the regulator’s enforcement committee.

EDF and its current CEO Jean-Bernard Levy were also criticized for taking too long to warn the market that the company would bear more costs and would consolidate the investment by global integration. Field, who plays the role of a devil’s advocate in the case, listed investigators’ allegations but said he disagreed with them on the second accusation.

Virginie Adam, the AMF official who spoke on behalf the regulator’s prosecuting body, said the EDF should be fined 10 million euros ($11 million) for both alleged wrongdoings while Proglio and Levy should each get a 50,000-euro fine.

The AMF’s enforcement committee assesses market-abuse cases ranging from insider trading to publishing misleading information. It has the power to issue civil fines and bans and typically issues decisions several weeks after the hearings. Morgan Stanley and Elliott Management Corp. were each recently fined 20 million euros in separate cases, the regulator’s joint-highest penalty.