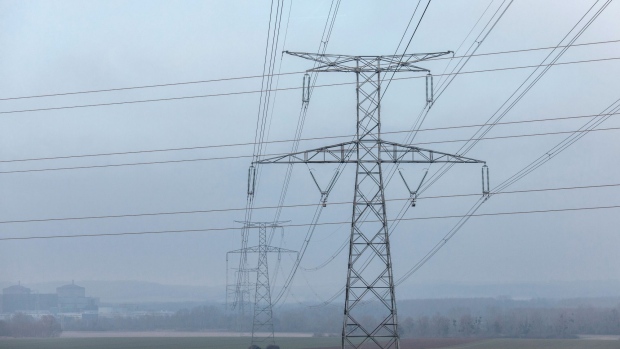 (Bloomberg) -- Electricite de France SA had a credit rating cut and was warned over further downgrades after the state-controlled utility was ordered to sell more power at a steep discount under action to tackle Europe’s energy crisis.

EDF plunged after President Emmanuel Macron’s government moved last week to limit increases in electricity bills for households and small businesses. The plan could cost EDF as much as 8.4 billion euros ($9.6 billion) and some analysts expect the firm to raise capital as a result of that action and new outages at nuclear plants.

Full-year Ebitda in 2022 could be as much as three-quarters lower than previous estimates at 4 billion euros, according to Fitch Ratings Inc., which lowered the firm’s long-term rating to BBB+ and said it will consider further cuts.

Macron’s “decision to step in to address affordability concerns and protect end-customers as planned is an adverse political intervention and, without offsetting measures, highly detrimental to EDF’s economic interests,” Moody’s Investors Service said, as it put the firm’s senior unsecured ratings under review. S&P Global Ratings also put EDF on watch for a potential one notch downgrade.

EDF said last week it can’t yet know how bad the financial hit will be from Macron’s action, which comes ahead of an April election. The issue comes as the utility is already struggling with costly maintenance programs that have kept some nuclear plants offline.