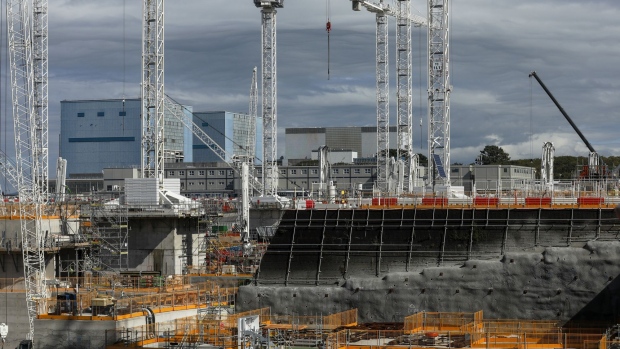 (Bloomberg) -- Electricite de France SA is said to be planning to close its Hinkley Point B nuclear power station sooner than planned as safety checks near their end.

The 1-gigawatt plant could close as soon as the middle of 2022. The French utility will make a decision on its future in November when approval from the nuclear regulator on restarting the plant is expected, a person with knowledge of the matter said.

Both units at the Hinkley reactor have been halted this year for safety checks.

It’s the second time EDF has brought forward a reactor closure after the company announced last month that Hunterston would shut at the end of next year. The closings bring into focus Britain’s aging nuclear fleet, which is set to see 4 gigawatts of capacity disappear by March 2024.

“The station is due to stop generating in early 2023, though it is possible we may need to move into defuelling within the next two years,” EDF said in a statement. “We will review this decision in the same detailed way as we have with Hunterston B and expect to be able to confirm the outcome by the end of this year.”

The generation gap that will be left by Britain’s shrinking nuclear capacity is now looming sooner than expected. Nuclear is a low carbon form of electricity and will need to be replaced in kind to meet net zero by 2050.

EDF is building a new nuclear station, Hinkley Point C, which is due to start generating power in 2025 but the utility is still waiting to hear from the U.K. government about how it will fund its Sizewell C project.

Hinkley Point B was previously expected to shut in March 2023. A similar operational schedule that was agreed for Hunterston is likely to be signed off by regulators, according to the person, who asked not be be identified because the discussions are private.

Both units at Hunterston will run for 6 months at a time before halting for safety checks.