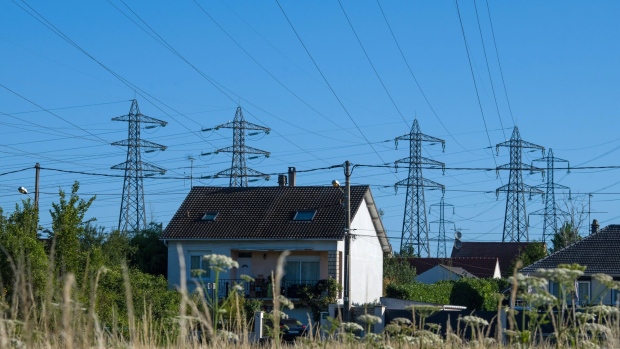 (Bloomberg) -- Electricite de France SA asked its main shareholder, the French state, for 8.34 billion euros ($8.5 billion) in compensation after the government forced it to sell power at cut-rate prices to protect consumers from surging inflation.

“Following an in-depth legal analysis, and in light of the losses incurred,” the company asked the Conseil d’Etat, the country’s highest administrative court, to overturn the orders requiring it to sell electricity at a discount, EDF added in a statement late on Tuesday.

The court case illustrates the tension between EDF’s roles as a publicly traded company and an arm of the French state carrying out government energy policy. France has begun the process to acquire the 16% of EDF that it doesn’t already own, aiming to nationalize the debt-laden company to keep consumer electricity bills in check while making the huge investments needed to reduce dependence on imported fossil fuels.

EDF’s legal action and request for compensation “do not in any way modify” the government’s plan to fully renationalize the utility, a Finance Ministry official said in an emailed statement.

EDF shares were 0.1% higher at 11.91 euros at 11:14 a.m. in Paris. The government has said it plans to submit a tender offer in September to the market regulator to buy the outstanding shares at 12 euros each.