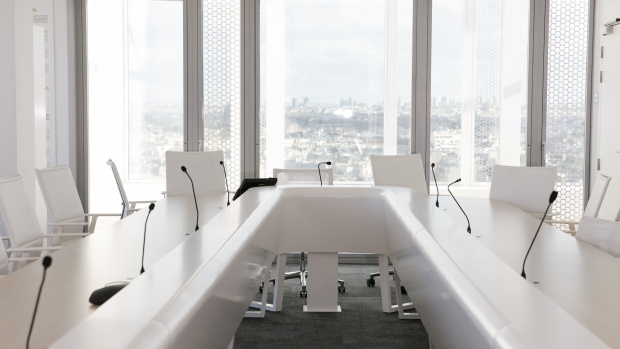 Roel Campos has a message for the dozens of companies pledging to add a Black director: Don’t forget that corporate boards are even further behind in hiring Latino members.

Latinos make up less than four per cent of Fortune 500 board seats, according to Campos, the chairman of the 208-member Latino Corporate Directors Association. That’s less than half of those held by African Americans, even though Latinos make up a larger share of the U.S. population. The Latino Voices for Boardroom Equity campaign, an initiative by the association and other groups launched Friday, aims to triple Latinos’ share of board seats by 2023.

The racial makeup of corporate boards has come under scrutiny following nationwide protests after the police killing of George Floyd. Last week, big names like Zillow Group Inc., United Airlines Holdings Inc., Uber Technologies Inc. and Merck & Co. publicly committed to getting more Black directors on their boards or elsewhere. The new group led by Campos and other community leaders aims to ensure Latin executives don’t get ignored when the rare seat opens up. It will use the hashtag #DiversityIncludesLatinos and will call out large companies that do not have a Latino director.

“With Black Lives Matter, we are totally allied with that effort,” he said in an interview. “We are not against anyone. What we want is to be considered along with other minorities when vacancies occur on boards. We strongly disagree with what they’re proposing, that Black directors be considered first.”

The other groups say that although they are putting their initial focus on Black directors, they also support broader diversity on boards.

The Board Diversity Action Alliance, one of the two efforts announced last week, is ultimately aimed at increasing diversity for all under-represented groups, one of its leaders said in an interview with Bloomberg TV. Former Xerox Holdings chief executive Ursula Burns, now a senior adviser at the CEO consulting firm Teneo, said the alliance is beginning with a focus on Black directors because of the relevance in the current discussions on race.

The group plans to continue the discussion of its goals with Latino groups and others, Gabrielle Sulzberger, another alliance founder and a director at Mastercard Inc., said in a statement.

The Board Challenge, a separate group of more than 40 companies announced last week, said the plight of the Black community in 2020 prompted their challenge for all companies without a Black director to add one within the next year. The organization also supports broader diversity, including for Latino directors, it said in a statement.

“We need to move away from either/or and start thinking about how to harness the talents of all under-represented groups to improve outcomes for our companies and communities,” the Board Challenge group said in a statement in response to criticism of the initial pledge’s focus on Black directors.

However, Campos said, starting with Black directors means that Hispanic candidates may not get the consideration they should.

“This will have the impact of excluding Latinos,” he said. “Latinos need to be considered for board seats when they become available.”

Campos proposes that the existing efforts seeking board diversity should not focus on any one group.

Latino Voices for Boardroom Equity will first target companies based in California which under a law awaiting the governor’s signature would have to have at least one member of an underrepresented group on their board by the end of 2021 and as many as three by the end of 2022. After the state passed a similar law for women, female representation increased, but Latinas were left behind.

Hispanics are the largest minority group in the U.S., at about 18.5 per cent of the population, compared with 13.4 per cent for Black residents, according to the U.S. Census. The new campaign, Latino Voices for Boardroom Equity, is co-founded by the League of United Latin American Citizens, the Mexican American Legal Defense and Educational Fund, UnidosUS, the U.S. Hispanic Chamber of Commerce, and other groups.

The tension among under-represented groups reflects, in part, how rarely board seats come open, said Rusty O’Kelley, co-lead of the board and CEO advisory practice for executive recruiter Russell Reynolds Associates. If there are only a few hundred seats changing hands in a given year, there are not enough opportunities to bring on new members to meet the competing requirements, O’Kelley said, adding that few boards have term limits or mandatory retirement ages.

Some boards, especially in the last six months, have chosen to add a seat when they find a good candidate from an under-represented group, rather than wait for an opening or force out a director. O’Kelley also said that boards can help their diversity efforts by letting go of the idea that new directors need to be former CEOs, a job that few minority executives have attained.

“There is plenty of outstanding, diverse talent,” O’Kelley said, but there’s a shortage in director turnover. “If there’s only one board search a year, that creates very few opportunities.”